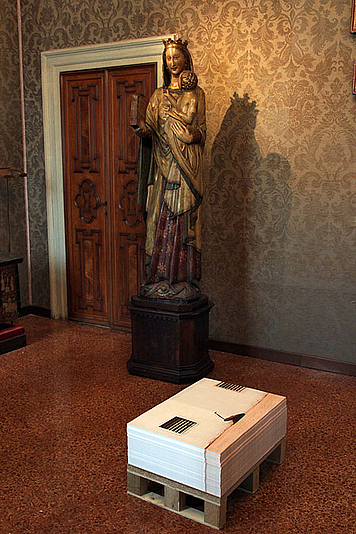 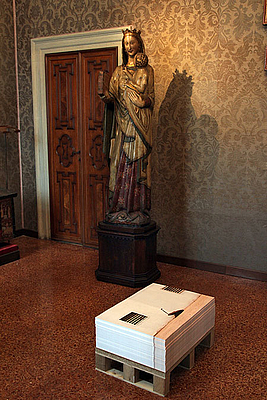 In 2013, Palazzo Cini was the venue of Angola's presentation at the 55th International Art Exhibition of the Venice Biennale. It was awarded the Golden Lion for Best National Participation.

Found not Taken by Edson Chagas is the systematic cataloguing of abandoned objects that are repositioned within an urban context to create new relationships between the objects and their context, form, and its codification.

For the exhibition at Palazzo Cini in Venice, prints of the photos are stacked on wooden palettes in the rooms where the Palazzo's permanent collection is displayed. The visitors can take them for free.

For more information, please see the in the UiU Special about the 55th Venice Biennale 2013:
>> Angola, national presentation 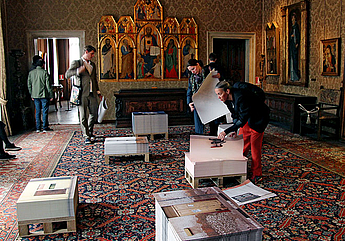