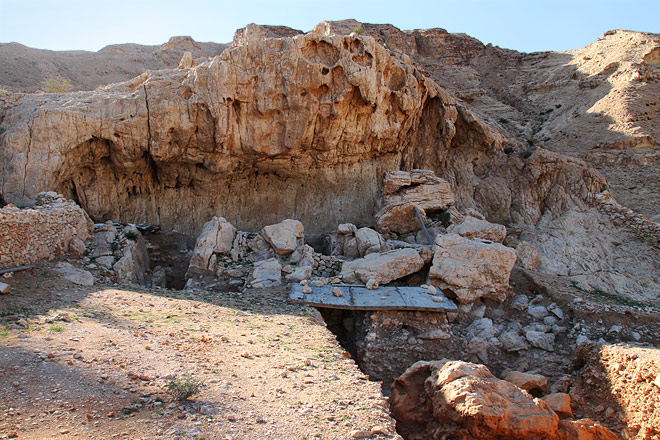 Located at the eastern slopes of the the northern end of the Jebel Faya massif, aprox. 50 km east of the city center of Sharjah.

The excavations began in 2003 as part of a joint project of the Institute of Pre- and Protohistory and Medieval Archaeology of Tübingen University and the Directorate of Antiquities of the Department of Culture and Information of the Government of Sharjah, directed by Professor Hans-Peter Uerpmann, Dr. Margarethe Uerpmann (Tübingen) and Dr. Sabah A. Jasim (Sharjah).

This site became very famous in January 2011, after the team of archaeologists, led by Prof. Hans-Peter Uerpmann, published and article about their findings in the magazine Science under the title, "The Southern Route 'Out of Africa': Evidence for an Early Expansion of Modern Humans into Arabia." They explained that they have found 125,000 year old hand axes of stone that look like early modern human tools from East Africa around the same time. This means that early humans left Africa 20,000 years earlier than thought before, trekking across Arabia.