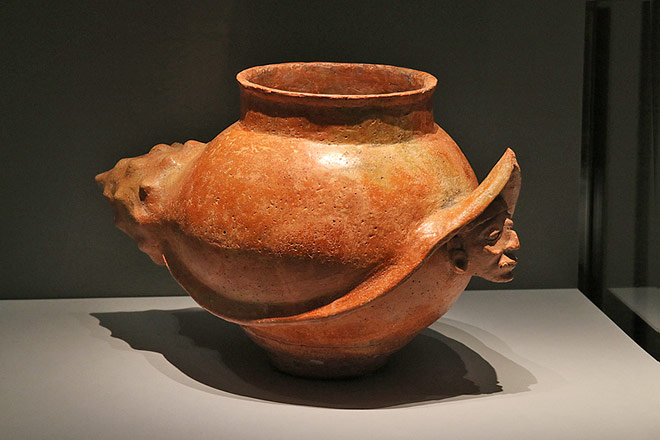 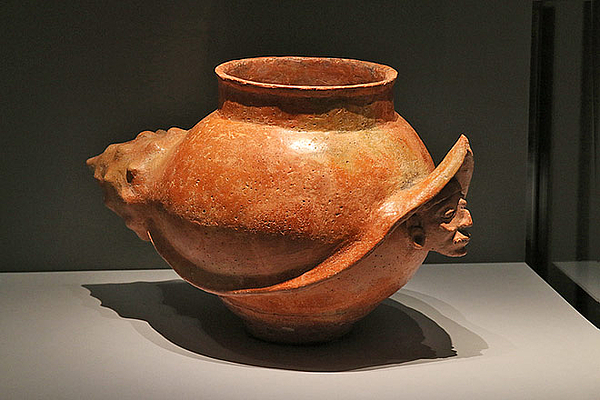 Vasija con Dios N
Tulum, Quintana Roo
Posclásico (1000 - 1527 D.C.)
Arcilla
INAH. Museo Maya de Cancún, Quintana Roo
The Bearer of the Universe
This old man emergin from a snail is Pawahtun (also known as God N). He is the patron of the scribes and the painters. This deity was simultaneously one and four deities and each of them carried a corner of the Universe. He resided in the sky, the earth and the underworld, and held both the arch od heaven and the surface of the earth. Simultaneously one and four deities, he holds up the firmament at the four points of the world and in the center as well. His head also serves to represent the number 5 (jo). In additions, it was believed that God N is connected with the five ominous days Wayeb from the sun calendar.