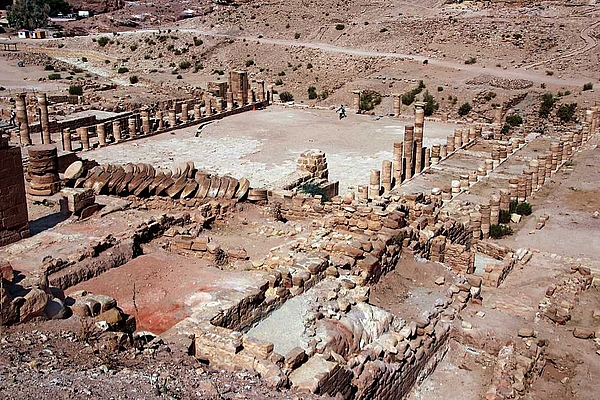 The 49 m long and 56 m wide square is paved with large hexagonal slabs of white limestone, under which drainage channels run. It was surrounded on three sides by roofed colonnades. The two lateral ones, made of three rows of columns, stood on a vaulted cryptoporticus and ended in a semicircular exedra with five niches. On the right in the picture, the eastern colonnade, the western one does not exist anymore.

The shafts of the total of 120 columns were at least 7.6 m high and covered with fluted plaster, which was painted bright red and yellow with white in the grooves.

All the columns were crowned by unique limestone capitals with four elephant heads at the corners. Details and more information about it on the next photo page.