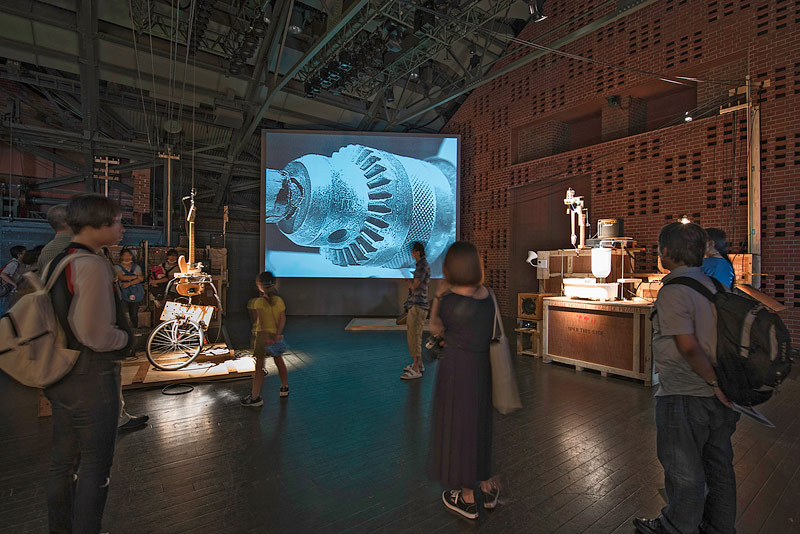 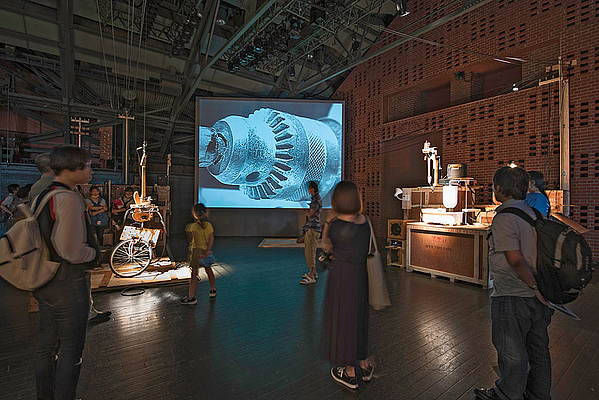 Ujino produces a new body of work, Plywood Shinchi (shinchi means vacant lot in Japanese), in which he uses large wooden crates used for artworks to create a theatrical space of city scape with sound and video. He relates his personal history to the transformation of the Japanese society, which rapidly became industrialized during the 20th century both before and after World War II.