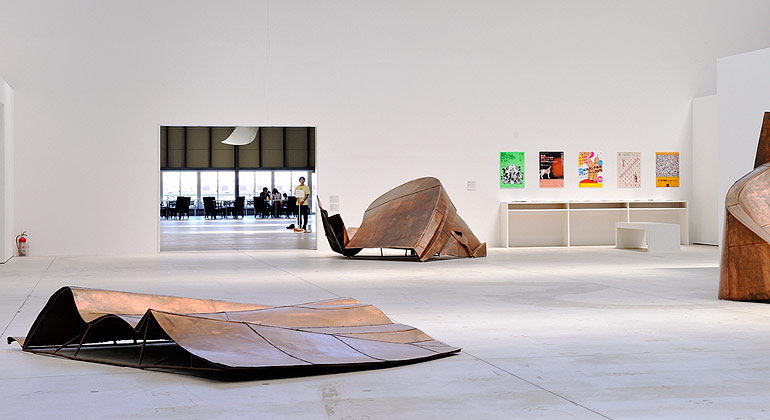 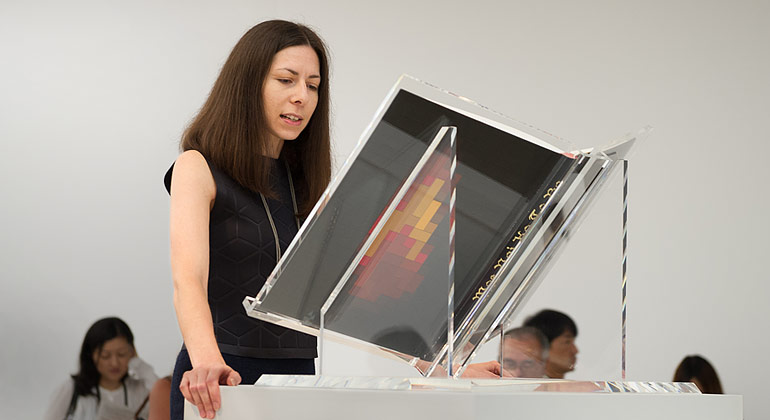 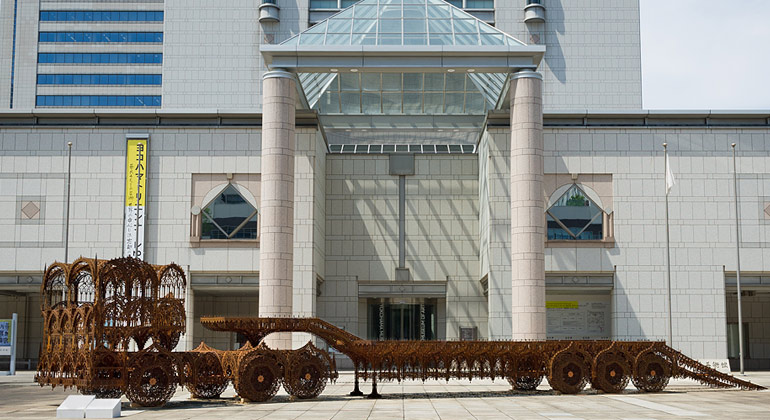 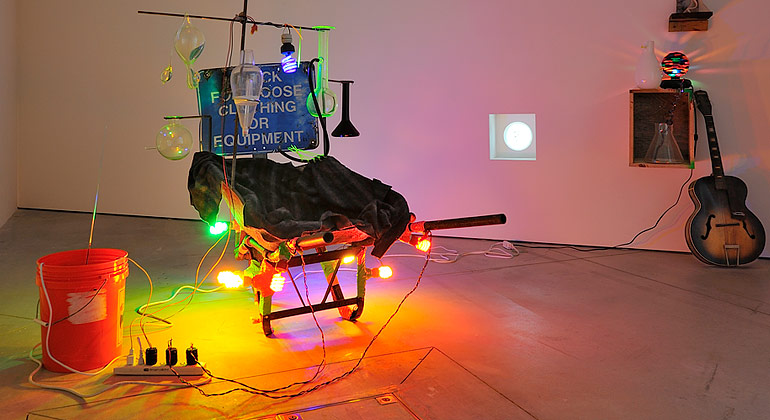 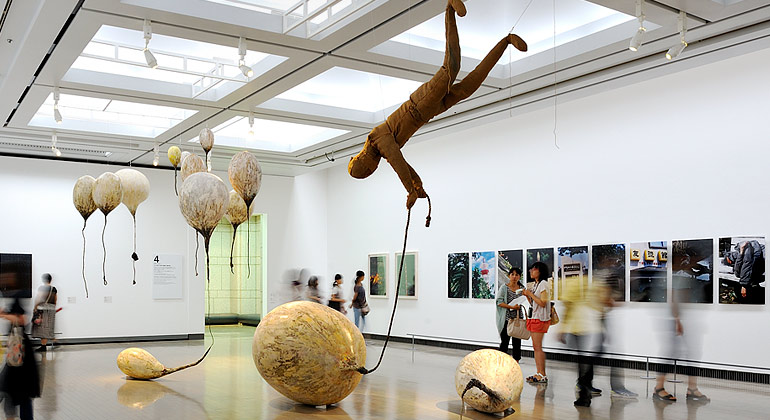 ART Fahrenheit 451: Sailing into the sea of oblivion

The Yokohama Triennale 2014 aims to explore the sea of "oblivion" by means of a ship called "art," in a voyage along with all those who believe in the possibility of artistic adventure and those who seek out a bold view of the world. 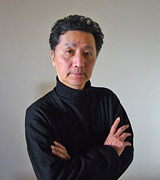 Under the Artistic Directorship of MORIMURA Yasumasa (see the biography), the 5th edition of the Yokohama Triennale takes place from 1 August to 3 November 2014.

The title "ART Fahrenheit 451" is derived from Fahrenheit 451, a 1953 science-fiction novel by Ray Bradbury. Based on the theme of book-burning, the story is set in a society where books are banned and centers on a group of men who have gone underground in resistance. They claim themselves as "being books" and devote themselves to memorizing entire books.

The exhibitions at the two main venues, Shinko Pier Exhibition Hall, are organized like a book composed of two introductions and 11 chapters:

Introductions:
Unmonumental Monuments
[In front of the Museum]
What Is in the Center of the World?
[Grand Gallery]

10. The Day after Deluge
11. Drifting in a Sea of Oblivion
[Shinko Pier Exhibition Hall]

Film Screening Program:
A film screening program will be held in conjunction with the Triennale. In addition to a special screening of Fahrenheit 451 (1966, directed by François Truffaut), from which the exhibition title is drawn, approximately 30 titles including 16mm films from the Yokohama Museum of Art archives and videos by artists featured in the Triennale will be shown in the Yokohama Museum of Art Lecture Hall.

Events in conjunction with Sapporo and Fukuoka:
The Sapporo International Art Festival 2014 and the Fukuoka Asian Art Triennale are held during periods overlapping with that of the Yokohama Triennale 2014 and will "drift" temporarily into the space of Yokohama.

Triennale in the City:
A plan to promote artists, designers, architects, and other professionals and businesses that are gathered around the Creative City Core Area and in other parts of Yokohama. For the Triennale, the Five Creative City Core Area Bases, including BankART Studio NYK (NYK Waterfront Warehouse), Hatsuko/Hinode Area (where Koganecho Management Center is located), ZOU-NO-HANA TERRACE, Steep Slope Studio, and Yokohama Creativecity Center (YCC), will offer special tie-up programs. 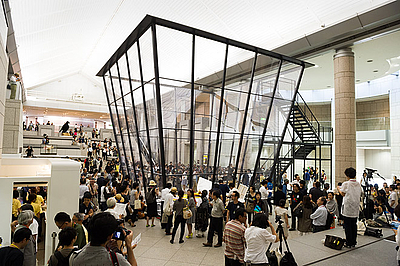 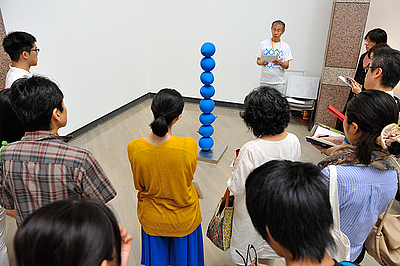 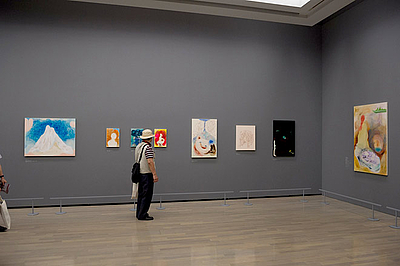 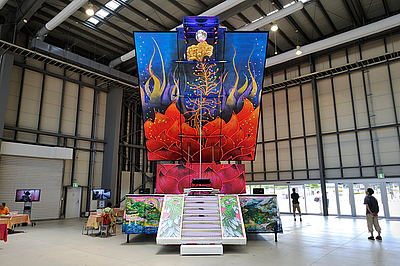 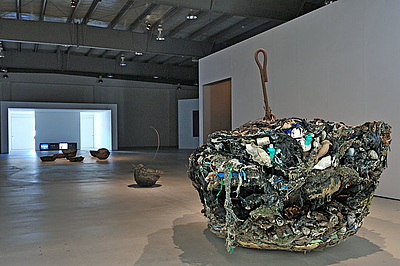