Roses are of great importance in the context of the history and commemorative culture of Ravensbrück. In the concentration camp, many women used the rose as a sign of friendship, hope and inner resistance and depicted it in poems, as embroidery or on greeting cards that they secretly drew for their fellow prisoners.

In 1958, a year before the memorial was founded, former prisoners from Lidice brought the first rose bushes to Ravensbrück and planted them in the area of the mass grave along the camp wall. Subsequently, donations of roses came from all over Europe. In the 1970s, French survivors commissioned the breeding of a special rose for Ravensbrück. The Ravensbrück rose "Résurrection" has since been planted at numerous memorial sites in various countries.

As a sign of their remembrance, visitors to the memorial throw roses in the Lake Schwedt, into which the ashes of the dead were poured during the camp period. 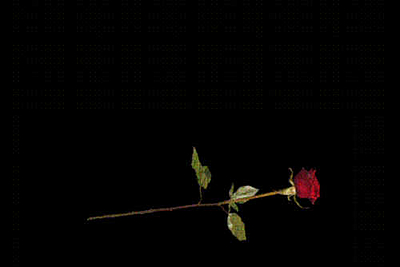 Digital memorial for the women of Ravensbrück: Visitors can throw a virtual rose into the Lake Schwedt. 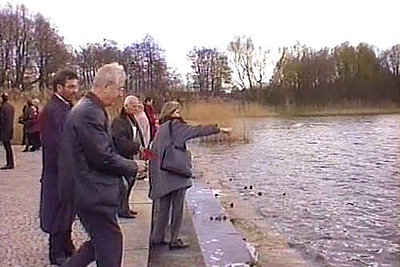 Roses of the Schwedt Lake

In Ravensbrück, the ashes of the dead were poured into Lake Schwedt. In memory of them, survivors as well as visitors lay roses in the lake.