In the beginning, the labor of the inmates served to keep the camp running. For the expansion of the camp complex, the women had to perform heavy labor. Roads were built by them as well as the SS buildings. Often they were employed in completely nonsensical work in order to demoralize and debilitate them.

As early as 1940, the construction of an "industrial yard" began in Ravensbrück, where the women were forced to do exhausting shift work every day - including in factories near the camp, to which they were "rented out".

In mid-1942, the deployment of women in the military industry began. A major role was played here by the Siemens & Halske corporation, which built a factory right next to the camp grounds. More and more, the SS began to send the women to so-called "Außenkommandos," external squads housed in "satellite camps" near armament factories in order to exploit their labor "to the utmost possible limit." 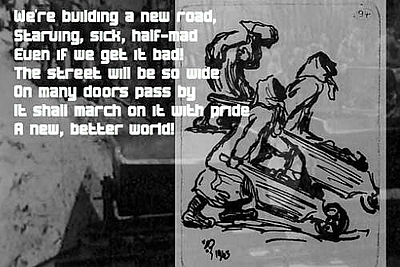 Poem by Alice Lesser about the arduous forced labor in the camp. Drawings by France Audoul, Eliane Jeannin-Garreau, Jadwiga Pietkiewicz, and others. 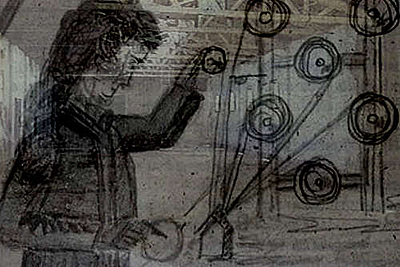 Denyse Clairouin on the twelve-hour shift at the Siemens camp near Ravensbrück, with a drawing by Astrid Blumensaadt. 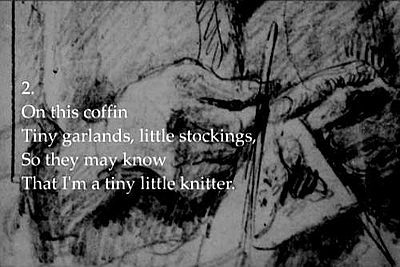 Verses full of bitter irony by Elżbieta Popowska, with drawings by Jadwiga Pietkiewicz and Jeanne Letourneau. 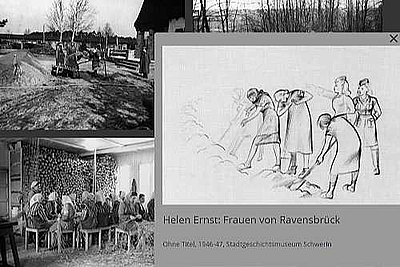 Photos of work situations from the SS propaganda album in contrast to drawings by the detainees themselves. 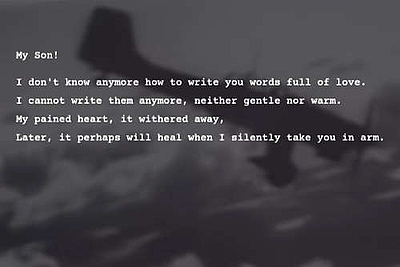 Maria Rutkowska dedicated this poem to Irena Rupniewska, Klara Jezierska and other mothers who had to work in the armament industry. 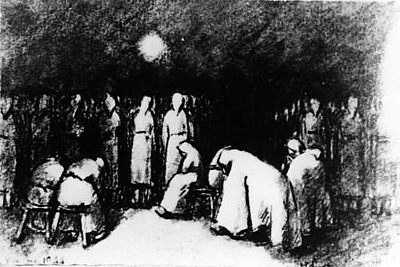 Poem by Halina Golczowa smuggled out of the camp, recited by Constanze Jaiser, Adam Kotarski and Lidia Grochowska, with music by Jacob David Pampuch.