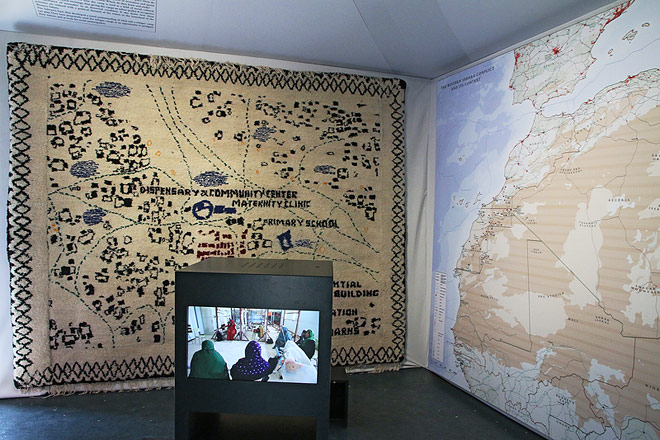 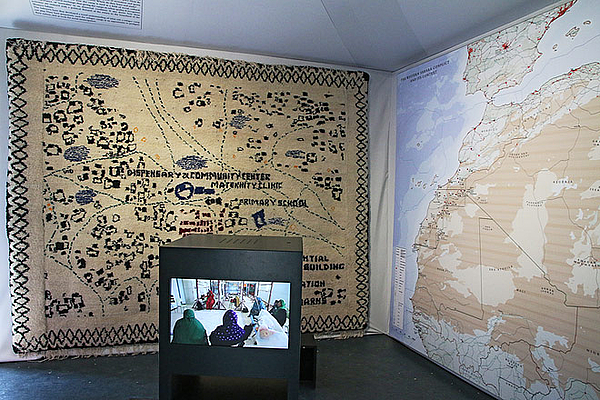 With the National Union of Sahrawi Women

(…) Tents and mud not only allowed mutually exclusive choice between temporary or quality buildings to dissolve, but also unexpectedly paved a new way. Instead of constituting a place where refugees are temporarily housed while they wait endlessly to be accepted elsewhere, the right typology and the right material allowed a camp to become the foundation of a national identity.
(From the Curator's Rationale)
Venue: Tent in front of the Central Pavilion - Giardini

Shortly after the opening of the 15th International Architecture Exhibition we offer this first selection of photos from the central international exhibition and of some of the pavilions, including the awardees 2016.