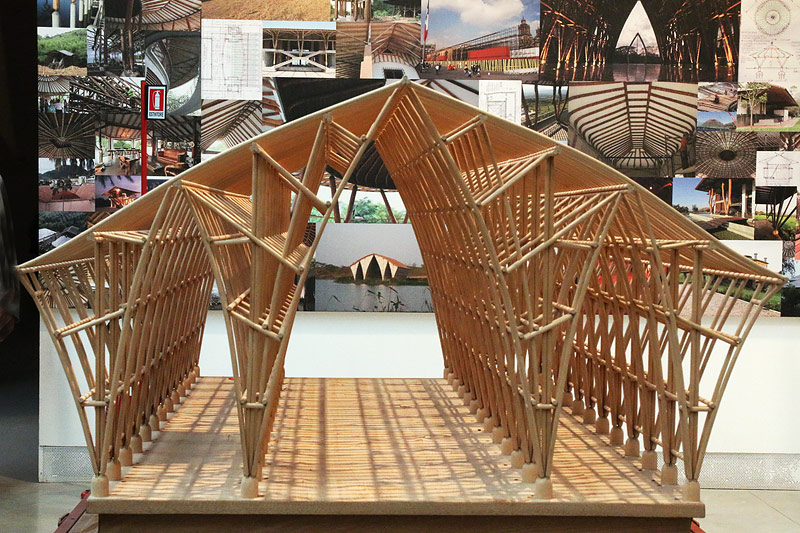 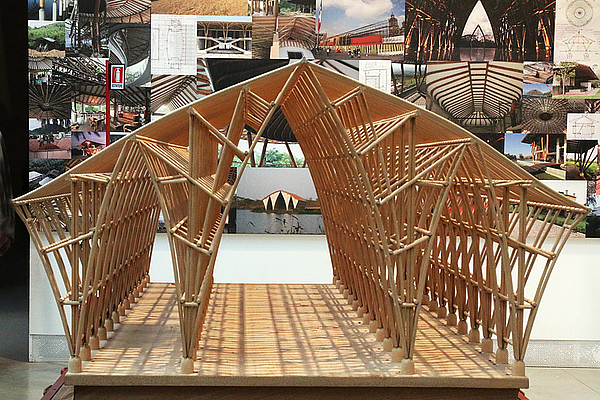 Simón Vélez has been well known for some time for having developed a variety of projects using bamboo. What is less known is how many paths he has had to travel to be able to carry out such developments. (…)
In this sense each of his buildings is a small discrete battle that has been won in a more general attempt to expand the benefits of this material, for the majority and for the environment.
(From the Curator's Rationale)