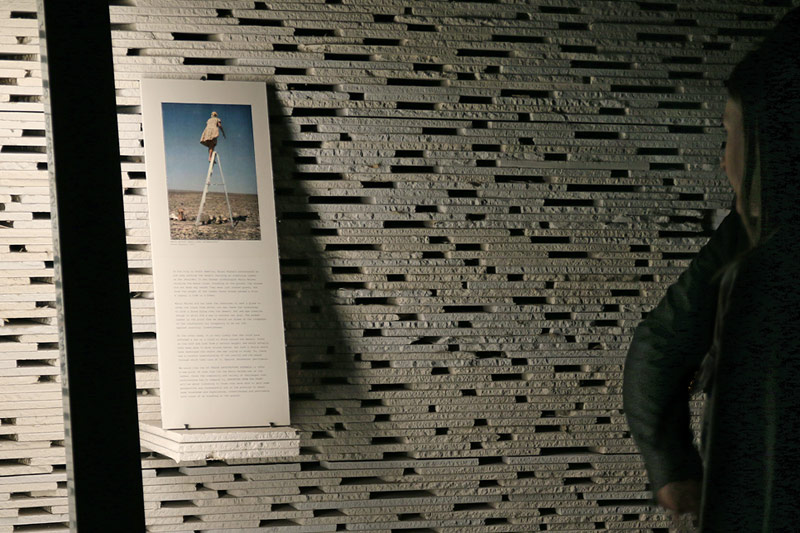 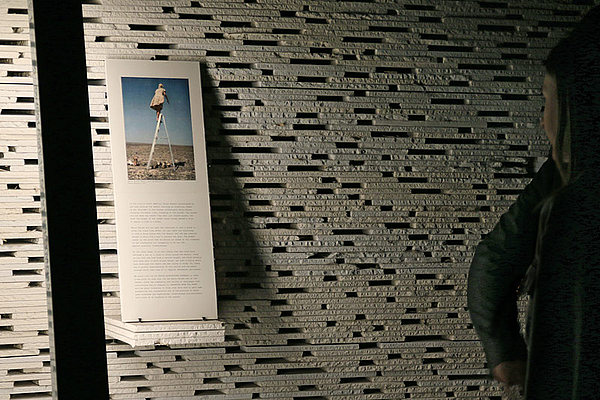 The Biennale 2016 introductory rooms were built with the 100 tons of waste material generated by the dismantling of the previous Biennale.

"In his trip to South America," explained Aravena, "Bruce Chatwin encountered an old lady walking the desert carrying an aluminium ladder on her shoulder. It was German archaeologist Maria Reiche studying the Nazca lines. Standing on the ground, the stones did not make any sense; they were just random gravel. But from the height of the stair those stones became a bird, a jaguar, a tree or a flower." He hopes that the Biennale 2016 might "offer a new point of view like the one Maria Reiche has on the ladder."