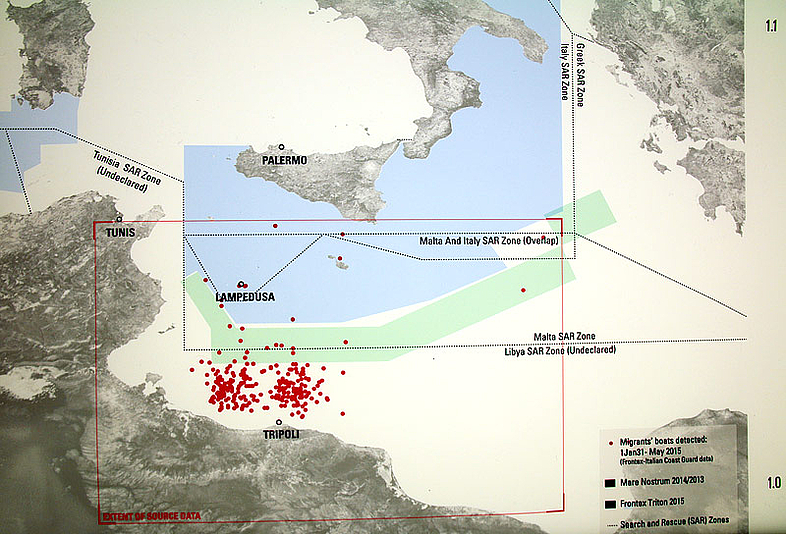 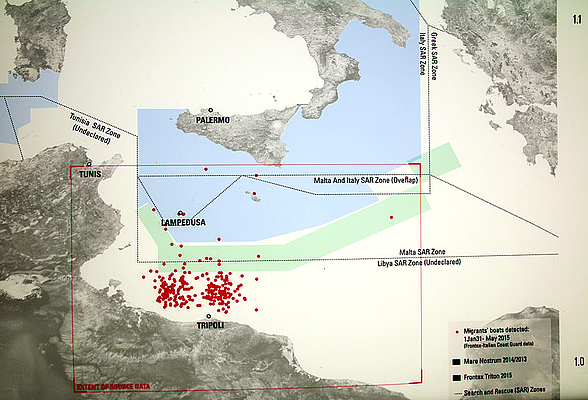 The end of the Mare Nostrum operation and its (non-)replacement in November 2014 with the more limited Triton operation left a deadly rescue gap in the Sicily Channel. As state-led rescue means left the area, the burden of extremely dangerous rescue operations was shifted onto large merchant ships, which are ill-fitted to conduct them, thus leading to the death of thousands of migrants. Two major shipwrecks occurred between 12 and 18 April 2015 saw what is believed to be the largest loss of life at sea in the recent history of the Mediterranean.

The Death by Rescue report focuses on the deeper responsibilities of EU agencies and policy makers, who by retreating rescue means knowingly created the conditions leading to the massive death of migrants, an act of killing by omission that rendered rescue at sea lethal.

Presented in Death by Rescue online report [deathbyrescue.org] and launch event in London. Legal avenues are currently being explored.
(Text in the exhibition)