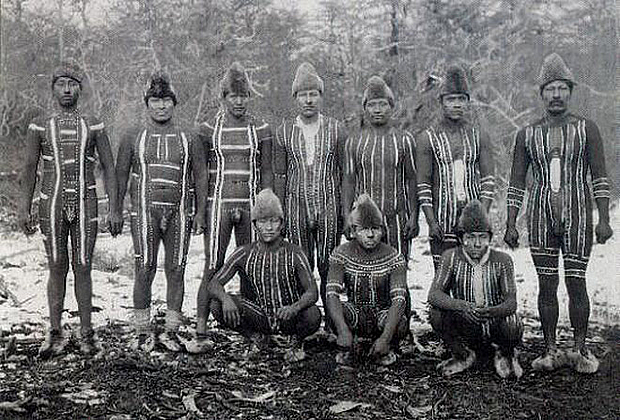 Location: Tierra del Fuego
Population: 0
Level of extinction: total (except for people of mixed race)
The Selk'nam or Onas (name of language Yagán) were an Amerindian people, located in the north of the Greater island of Tierra del Fuego, in the extreme south of the American continent. They were originally pastoral nomads, hunters and gatherers.
Today there are only the descendants of mixed-race peoples who, after a process of transculturation have entirely lost their original culture.

The audio was found during an investigation carried out by Laura Kalauz and Sofia Medici for a performance project entitled Nostalgia for a Science Fiction Future. The audio was recorded between 1966 and 1967 by Anne Chapman, French-American anthropologist who recorded chants and texts of the last representative of the Selk'nam culture, Lola Kiepja (who, furthermore, was considered to be a Shaman by her group).


Translation:
Here I am singing
The wind carries me
I am following in the footsteps of those that have died
I have been allowed to come to the Mountain of Power
I have arrived at the great Mountain Range of the Heavens
The power of those who have died comes back to me
From infinity they have spoken to me.