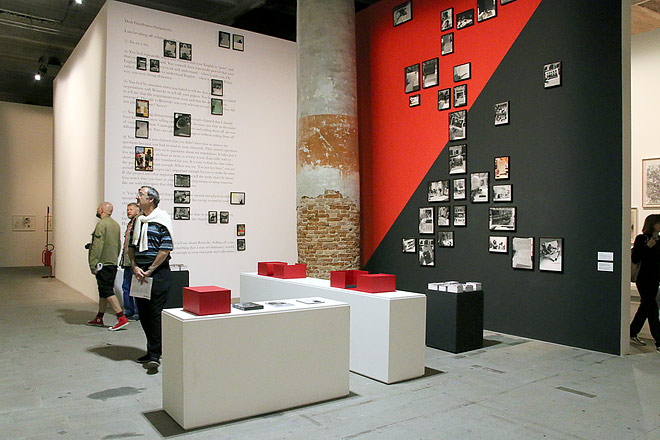 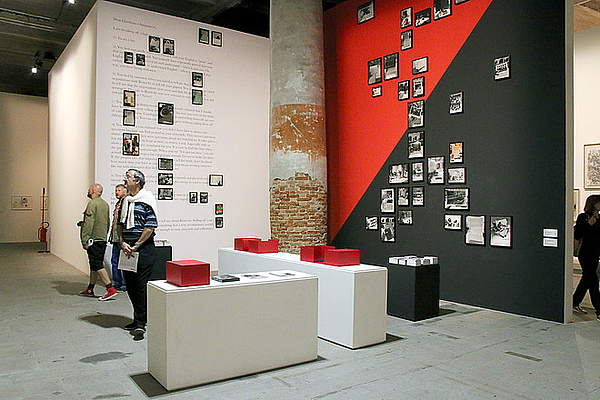 The project refers to papers of Gianfranco Sanguinetti, a member of the Italian political protest art movement known as Situationist International, consulted by the artist at the Yale Center for British Art in 2013. Sanguinetti's sale of his archives to the Beinecke Rare Book and Manuscript Librarary at Yale provoked an angry letter from his former English translator and web host Bill Brown in December 2013. Kambalu presents Brown's letter, as a "gift" to, and extension of, the Situationist project.
"Detourned" photographs of images and text found in the Sanguinetti collection, which have been altered and recontextualized.
(From information in the Short Guide)