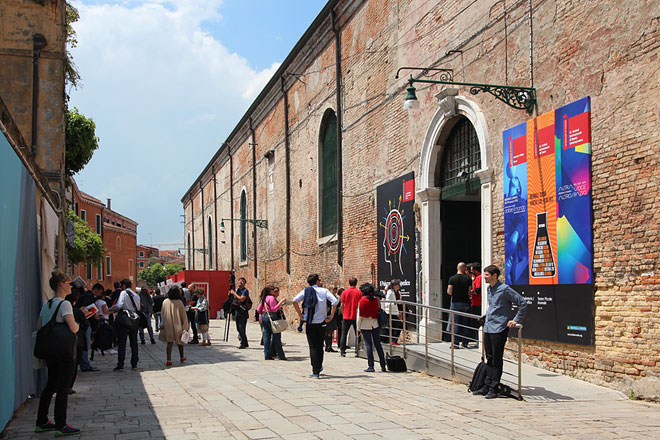 With this choice Massimiliano Gioni is evoking the self-taught Italian-American artist Marino Auriti who on 16 November 1955 filed a design with the US Patent office depicting his Palazzo Enciclopedico. This imaginary museum was meant to house all worldly knowledge, bringing together the greatest discoveries … in a 136-story building that would stand 700 meters tall and take up over 16 blocks in Washington, D.C.

(From information published on the website of la Biennale di Venezia)

More about, see the
Curatorial text by Massimiliano Gioni

Entrance to the Arsenale 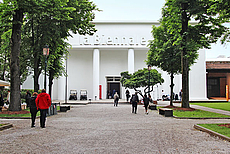