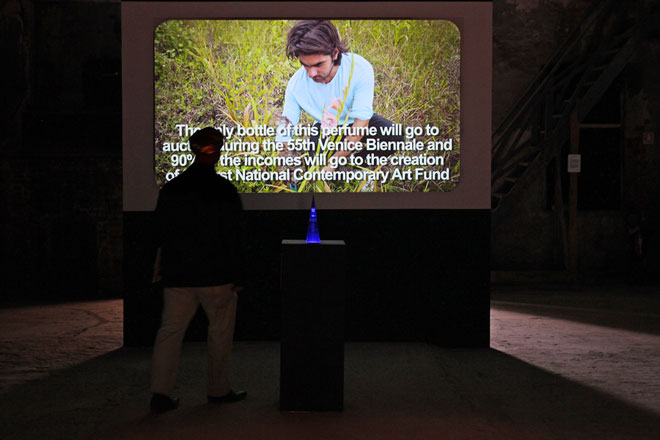 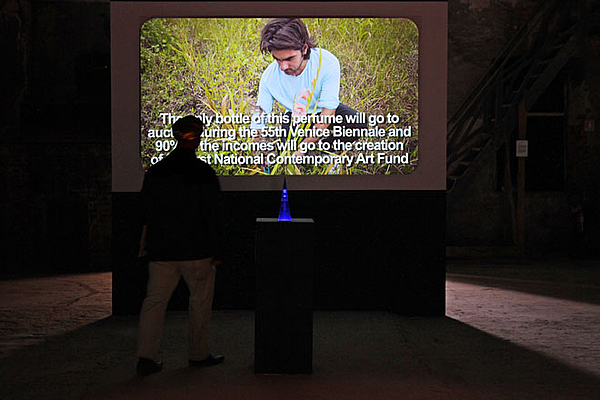 U from Uruguay. 2012
Video installation, 2 min.
U from Uruguay. 2013
Perfume
Through the creation of a new perfume composed of the essence of flowers and weeds from the farm of the President of Uruguay, artist Martín Sastre extracts the essence of the modest way of life that distinguishes the head of government. Rather than moving into the presidential residence, President José Mujica lives on his humble farm on the outskirts of the city; selling the flowers he grows in local markets and giving away 90% of his monthly salary for social housing, thus becoming a global icon of austerity. Sastre created a promotional video film for the scent and announced that all proceeds from its sale would be devoted to establishing a National Contemporary Art Fund in support of Uruguayan artists, thus applying President Mujica’s principles to art.