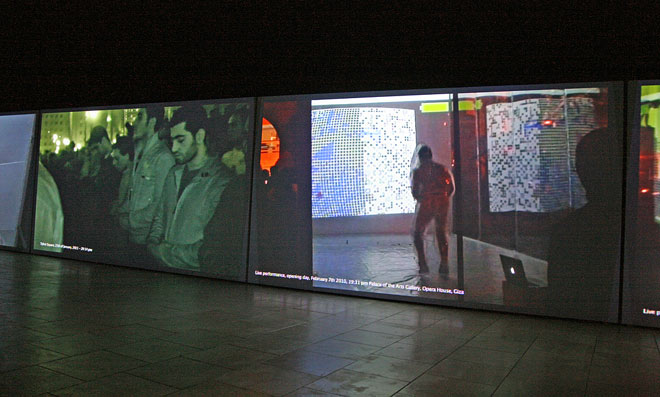 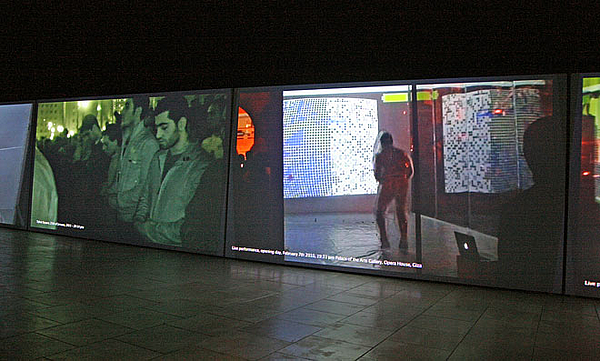 Video installation in the Pavillion of Egypt.

A video of his project 30 Days of Running in the Space is juxtaposed to unedited documentation of an unplanned chase for change: Showing raw footage of the revolts on the streets of Cairo, since the start of the risings on January 25th up to the 27th. Basiony, amongst his colleagues, filmed the motions around him, and upon returning every evening home, he downloaded all footage on his laptop - however, the footage on the night of his disappearance on the 28th, was never found.

A selection of photos from the central international exhibition and several pavilions and collateral shows.