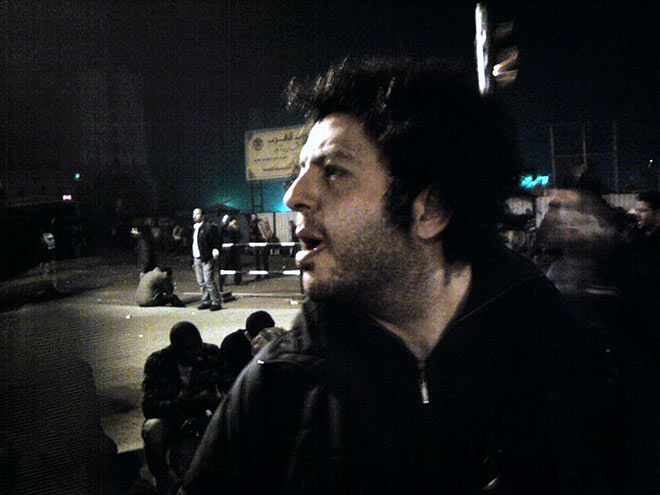 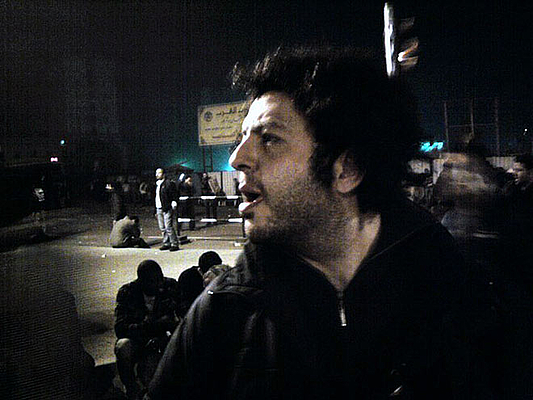 Time of the photo:
Friday 28 January 2011, 6.55 pm
Photographed by Magdi Mostafa
Among his last statements on his facebook page, Ahmed Basiony wrote:
"I have a lot of hope if we stay like this. Riot police beat me a lot. Nevertheless I will go down again tomorrow. If they want war, we want peace. I am just trying to regain some of my nation’s dignity."
January 26 at 10 pm