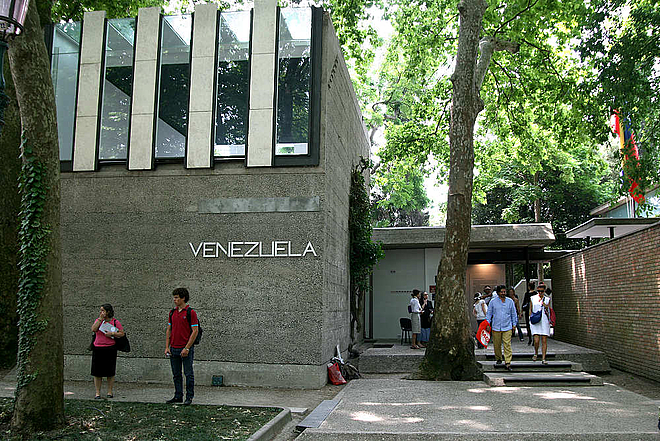 Proposes a reinterpretation of the artistic production, understood as a strategy of expressive construction of reality in continuous development. Takes as references the acclaimed Venzuelan artists Claudio Perna, Antonieta Sosa and Alejandro Otero, as well as some representatives of the universal modernity.

Bernardita Rakos: Cartografías de la intimidad
(Cartographies of intimacy)
Dialogue with the artistic work of Antonieta Sosa, precursor in developing the approach of creation as process, the inclusion of the body and the personal biography in the artwork's realization.

Colectivo Todos somos creadores
The group, formed by activists and art communicators, will unfold a participative event, where Biennial visitors will construct their own cartographies.

Organizers:
Ministry of Popular Power for Culture through the Foundation of National Museums

Pavilion at the Giardini