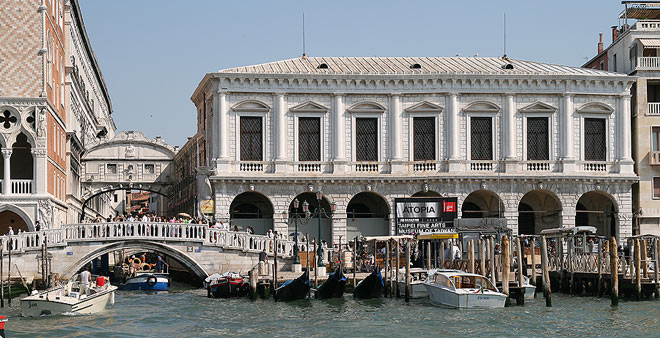 Venue of the exhibitions of the Taipei Fine Arts Museum of Taiwan at the Venice Biennale since 1995.

The "Palazzo delle Prigioni" (Prisons' Palace), on Venice's famous waterside promenade Riva degli Schiavoni, was built to complement the prisons of the Palazzo Ducale. It was initiated by architect Antonio da Ponte in 1589, and completed by his nephew Antonio Contino in 1614. The palazzo was also the seat of the Magistratura dei Signori di Notte al Criminal, in charge of prosecuting common criminals, and the prisoners' surveillance.