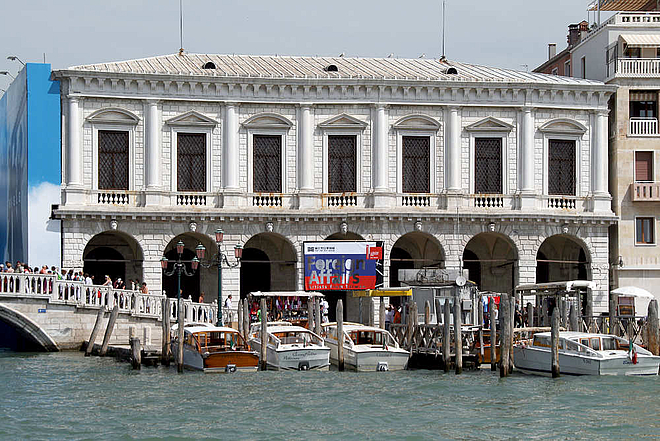 Commissioner: Fang-Wei CHANG
Director, The Biennial and International Projects Office, Taipei Fine Arts Museum. She was Chief Curator of the Taipei Fine Arts Museum during 2002-08 and has organized the 1998-2008 Taipei Biennials and working as in-house curator, collaborating with Taipei Biennial curators. She has also organized the Taiwan Pavilion exhibition of 1997-2007 Venice Biennial, working with 4 curators.

For a long time, the Taiwanese people have been locked in a difficult political conundrum in terms of foreign affairs, and have developed their own means of reaction and response, both individually and collectively. At this year's Venice Biennale, the Taiwan Pavilion takes Foreign Affairs as its title and to serve as the exhibition's unifying metaphor and concept. The selection of works explores the practical state of cross-regional art in the context of the operative logic of contemporary global politics, economics and society; alternative possibilities for communicative interaction; and also the question of Taiwan's status and identity. The participating artists, according to their own identities, enter into other regions, with their unique personal modes of practical application - to observe, document, and intervene - in order to communicate, interact and collide, with that area of the world, concretely putting a system of foreign affairs into action.

The four artists featured in this exhibition share common points of intersection. They have all long focused on the unequal treatment of the disadvantaged in the midst of globalisation, and have taken action through distinctive, personal, and practical means. Furthermore, they have all engaged in dialogue and interaction with other areas of the world, from the individual identity of an artist and through direct involvement, even personally colliding with specific international systems in order to highlight its problematics. Whether it be the social-activist open architecture that Hsieh Ying-Chun has employed both in Taiwan and China, Chen Chieh-Jen's exploration on the borders of Empire that has commonly presented in Taiwan since World War II, Chien-Chi Chang's long-term concern for the problem of illegal immigration between China and the United States, or Cheng-Ta Yu's video of foreign women married into Taiwanese society and the circumstances of international travellers visiting Taiwan, all are personal, informal expressions and practical applications of "actual foreign affairs," exploring the current state of the individual in the imbalanced unsymmetrical circumstances of globalisation.

Extracts from a Press release