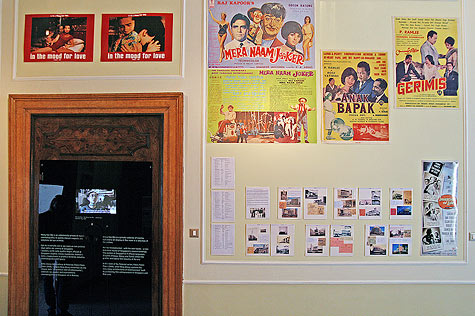 Wong Han Min is a private collector of cinema memorabilia. On display in this room is a selection from his archive. He has reconstructed a rare historical record of Singapore's cinema buildings. The posters in Singapore's four official languages (English, Chinese, Malay and Tamil) reflect the prolific and hybrid film industry of the era.