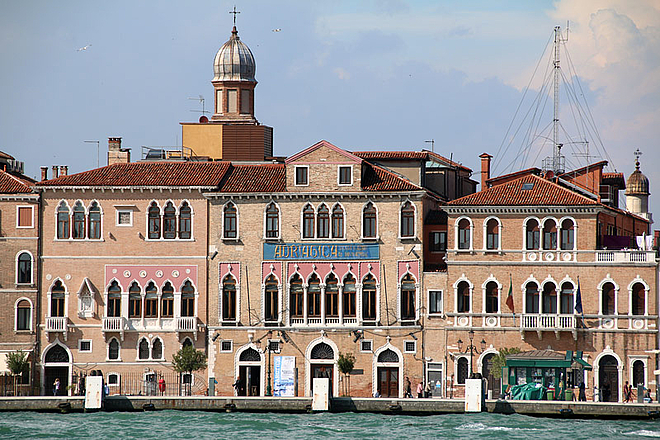 Making Interstices proposes to recognize the intricate distinctions and options of art making in the global world. If Making Worlds presents the broad-spectrum of today’s art, Making Interstices indicates the way artists work, operate and produce in Central Asia countries throughout the political and economic turbulences of the last thirty years. Violent complications of globalization aggravate the artists’ ability to discover, to employ and to exploit the little gaps (interstices) between the conventional and most of the time oppressive political and economic strategies. Making Interstices is a strategy that allows the artist to configure his/her thoughts, desires and humour freely congregate into a tactical, experimental and exploratory intervention through art...

Ermek Jaenisch’s False Fabrics ofthe World, a photo series, reveal hybrid monuments that are overloaded with historical and modern symbols and signs; they merge the eagerness of orientalization with the cynicism of post-modernism. Jamshed Kholikov’s Bus Stops is an ambitious travel covering a vast geography in Central Asia documenting the bus stops as indigenous creations that practically replaced the idea of the historical, traditional and ideological monument. Anzor Salidjanov ’s pictures are humorously fuse the meanings of the masterpieces of Western art history with everyday realities and local images by means of the deconstructive/re¬constructive methods. Oksana Shatalova’s SPA-Mummification is a performance documentation that pleases the viewer’s spirit with their enjoyable, amusing and ironical images; but raises questions about the usage of milk, that apparently is the symbol of "organic life", "power of nature" and "affluence" in Central Asia. Yelena Vorobyeva and Viktor Vorobyev ’s installation Day-Night & Artist Asleep is an environmental tableau of a poetical still-life video and a sleeping artist; when he wakes up he may make masterpieces for the world...