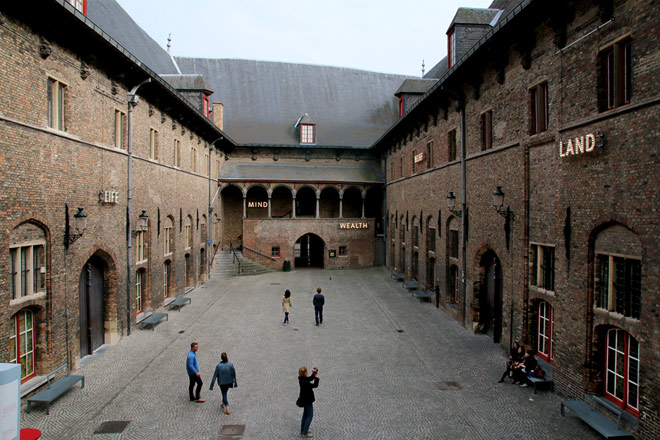 Palace consists of five illuminated concepts: BELIEF, MIND, LAND, WEALTH and LIFE. The words form an installation that encircles the visitor. You can read them separately or as a phrase, as a compact poem, as a motto for the city or per haps as a prayer.

In Bruges the five words could be read as the city’s motto, however, according to Coley they are the five rights that every man is granted under Islam.