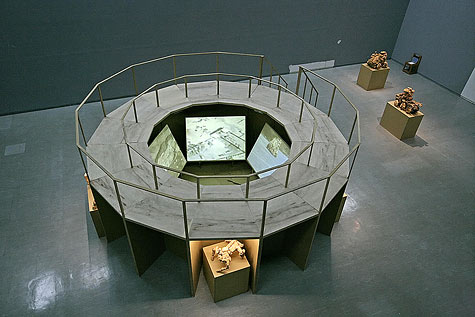 Rocks Ahead. 2006-2008
5 channel video installation
450 x 675 cm
Avrahami's installation focuses on two sites located between Jerusalem and Ramallah, which are situated on either side of the checkpoint between the two cities, and effectively between Palestine and Israel, and the nearby separation wall which is the symbolic core of the Israeli occupation of the West Bank.

© Photo: Yochai Avrahami, produced in the framework of Liminal Spaces