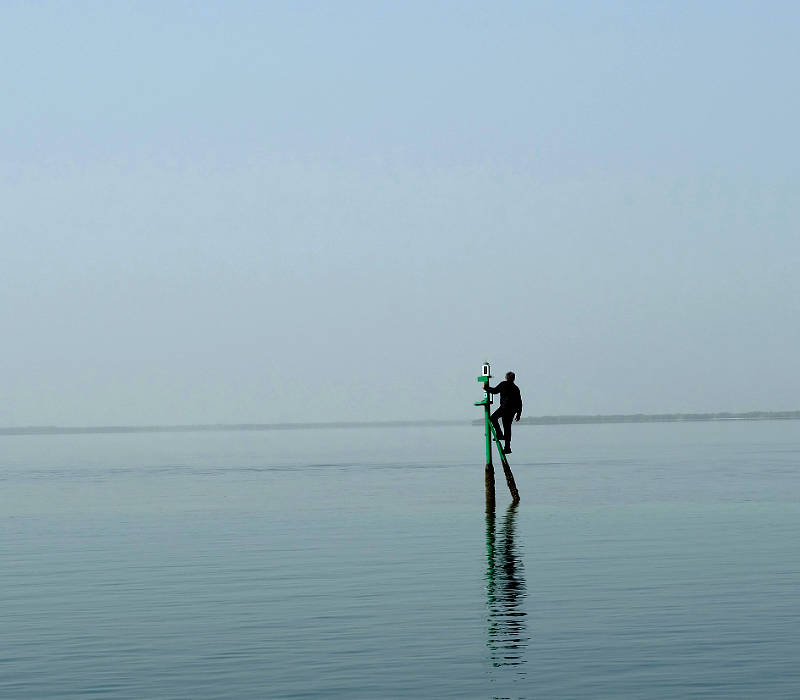 Presented at The Third Line (Dubai) earlier this year, a selection of photographs were on view at Louvre Abu Dhabi from 18 November 2021 to 27 March 2022, part of the exhibition "Art Here. Art Now. In the UAE," being Tarek Al-Ghoussein one of the seven artists shortlisted for The Richard Mille Art Prize. 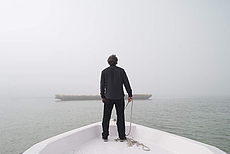 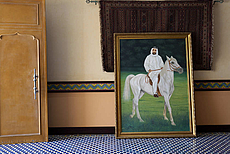 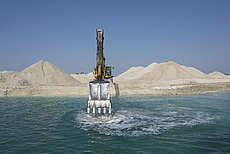 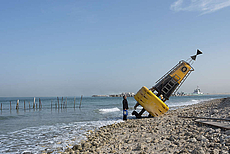 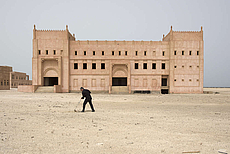 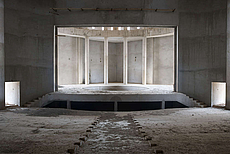 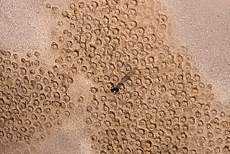 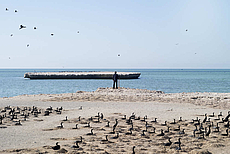 Dina Ibrahim writes about the Odysseus project:
Tarek Al-Ghoussein's fascination with the sheer existence of the islands sparked his curiosity to start documenting them back in 2015. Out of the 215 islands, Al-Ghoussein visited and photographed approximately 30 so far. His pursuit of a complete survey has been challenged by gaps in public information about the islands, access restrictions, and most notably pending permission requests. While he remains hopeful the project can find a path to completion, like the Odyssey, the journey is much longer than expected.

Skillfully employing a strong sense of surrealism with their dreamlike color spectrum and whimsical compositions, the world of Al-Ghoussein is at once both delightful and disquieting. Raising more questions than providing answers, the photographs lack specific geographical signifiers, despite being shot in real places. The playful and often absurd interaction between the artist and these dreamscapes leads the viewers to question the islands’ ambiguous reality, and perhaps existence. Gradually fading from his own consciousness, Al-Ghoussein chose to omit the islands completely from some of the images, where he can be seen alone at sea, until even himself is absent from the picture perhaps pondering his own place, as an artist, or more significantly as an Abu Dhabi resident, in relation to the geopolitical landscape of the islands.

Much like Odysseus’s story was about his homecoming as much as his journey, a larger significance is placed on the artist choosing to persistently return and continue documenting the remaining islands despite the setbacks.

Tarek Al-Ghoussein was born in Kuwait in 1962, where his family lived as Palestinian exiles. After his BFA from New York University and his MA from the University of New Mexico he worked as photographer in different countries, finally settling in the United Arab Emirates. He was professor at the American University Sharjah, School of Architecture and Design, and professor and Director of the Master of Fine Arts degree programme at New York University Abu Dhabi. On 11 June 2022 Tarek Al-Ghoussein suddenly passed away in New York city.