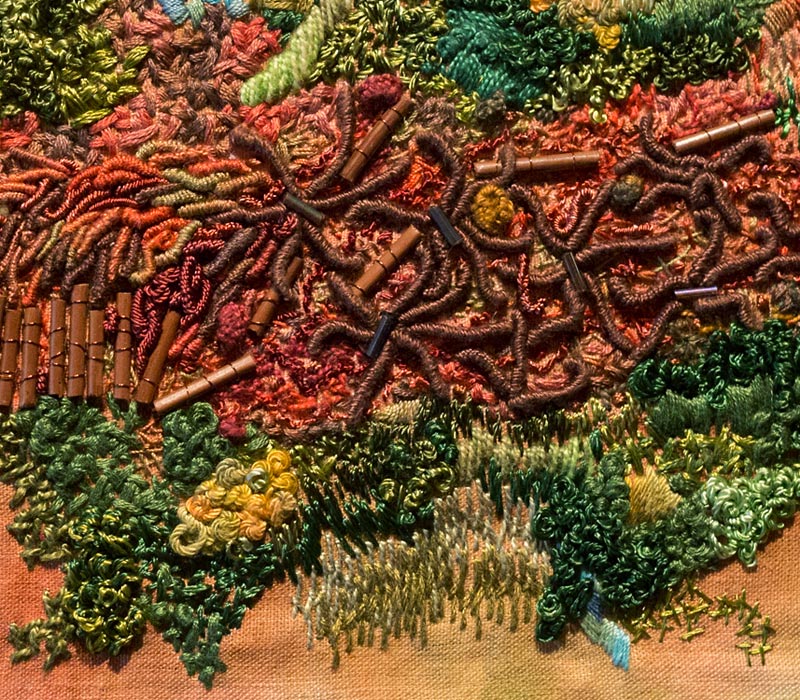 Weaving, Lacemaking, Sewing and Embroidery: Traditional techniques and contemporary initiatives in the state of São Paulo

The exhibition EntreMeadas at Sesc Vila Mariana proposes an immersion into the world of Brazilian handicraft, featuring a wide range of traditional techniques and contemporary initiatives. Curated by journalist and historian of design Adélia Borges, the show valorizes the plurality of Brazil’s material and immaterial culture and rethinks the place of handicraft today, perceiving it as a possible agent for economic transformation and social emancipation.

Rather than reinforcing the popular traditions of places already emblematic for their handicraft production – such as the state of Minas Gerais and the Brazilian Northeast – the show focuses on the state of São Paulo, shedding light on the productions of fabrics, basketry, clothing accessories and personal objects that have been boosting the economy of communities. Thus, based on a survey and mapping of teachers, artisans and handicraft groups throughout the state of São Paulo, the show reveals know-hows of lacemaking, embroidery, basketry and weaving that have emerged from this region, the most industrialized in Brazil. 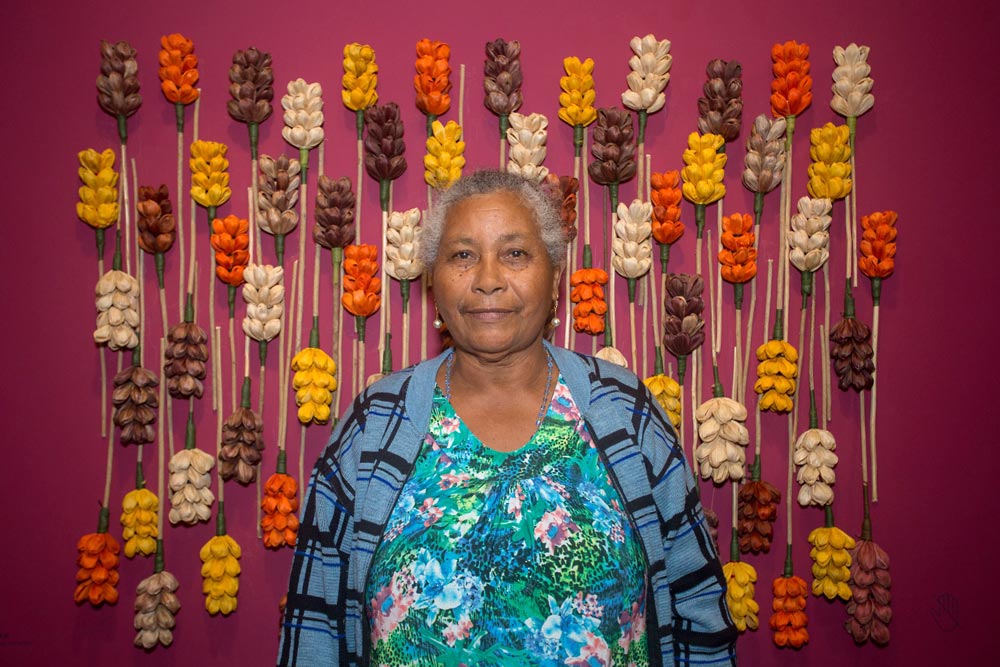 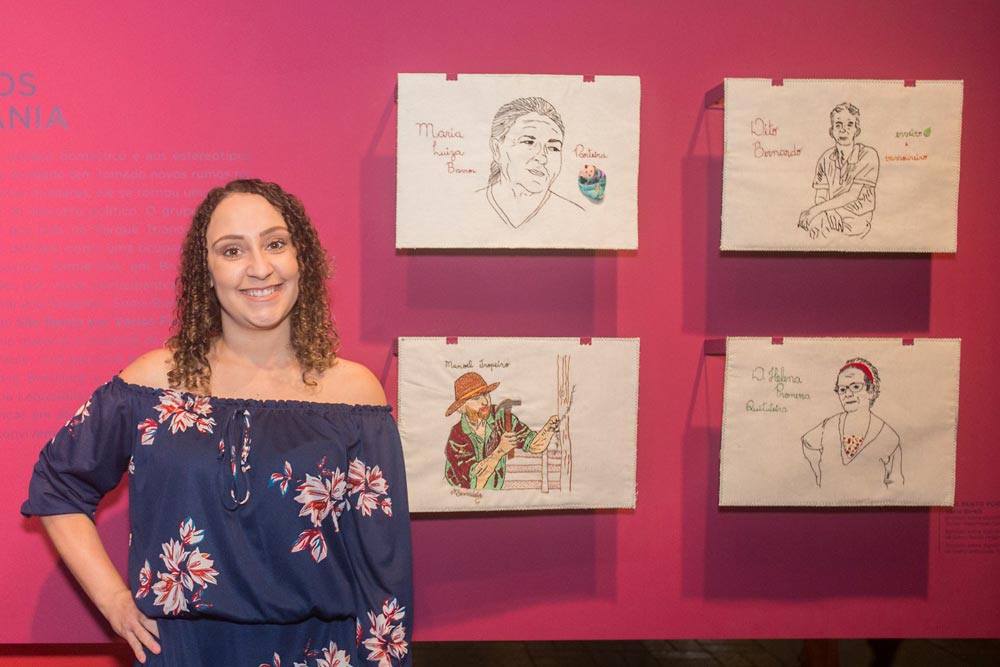 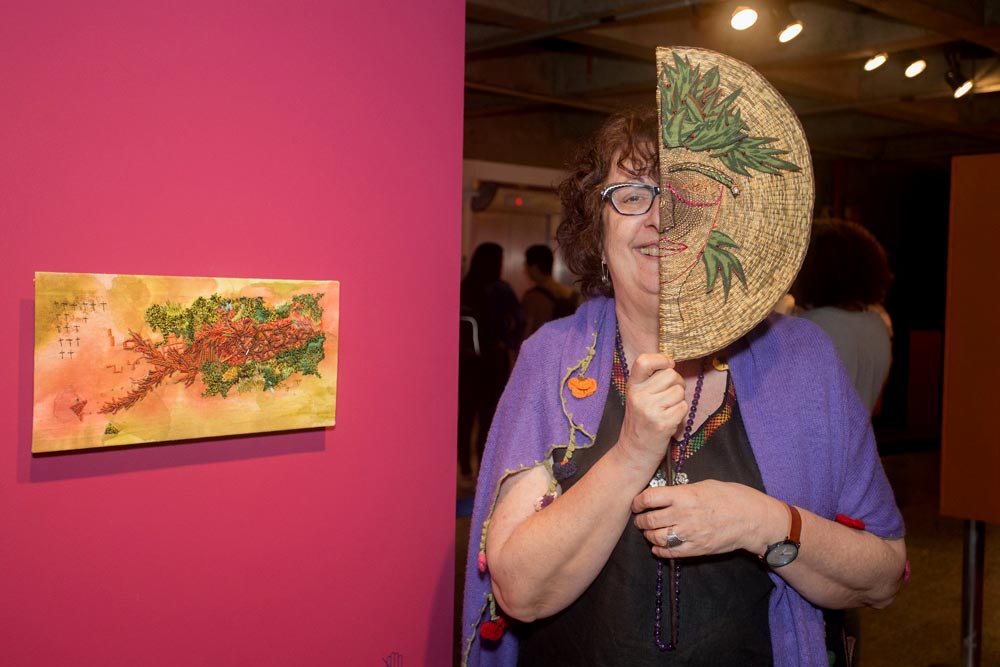 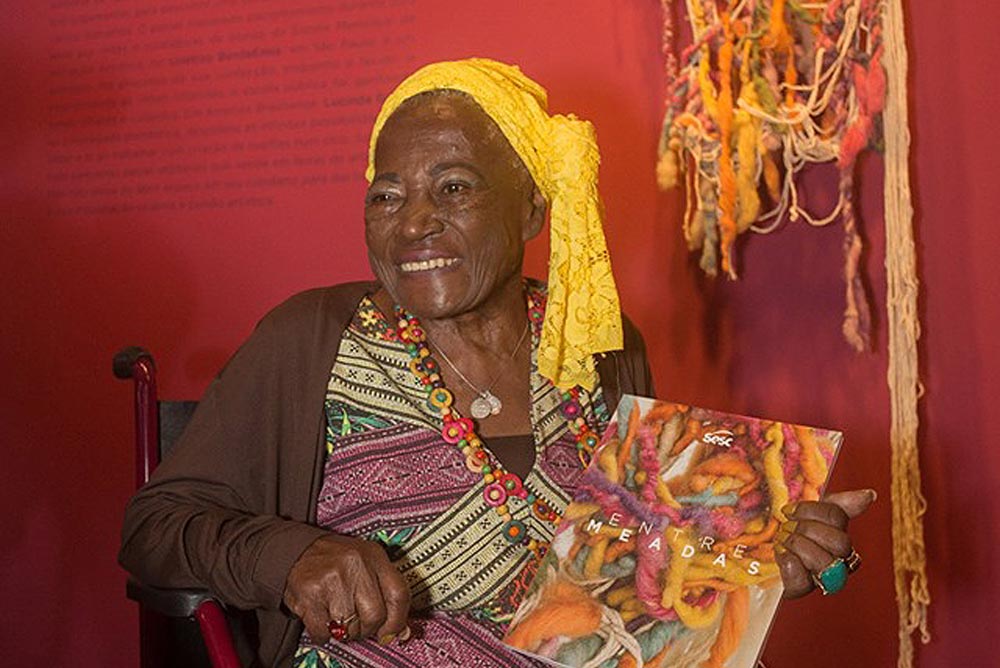 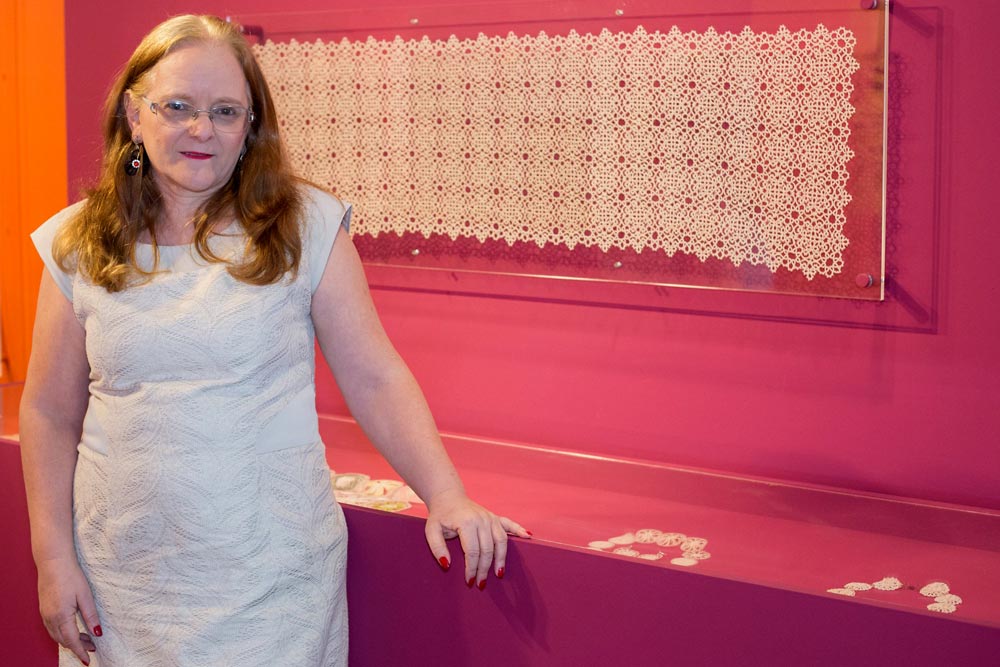 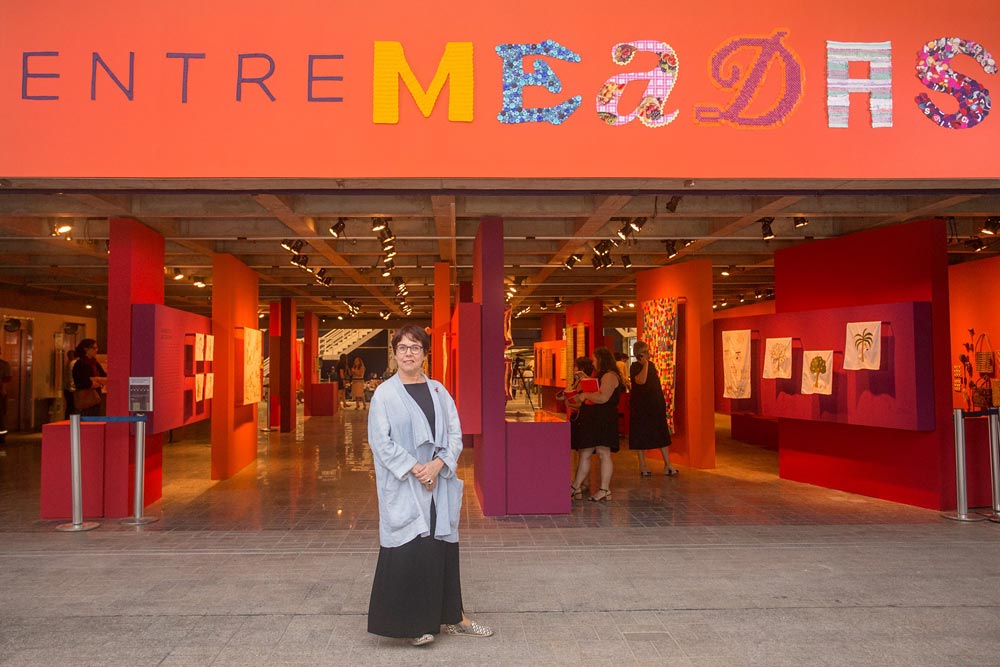 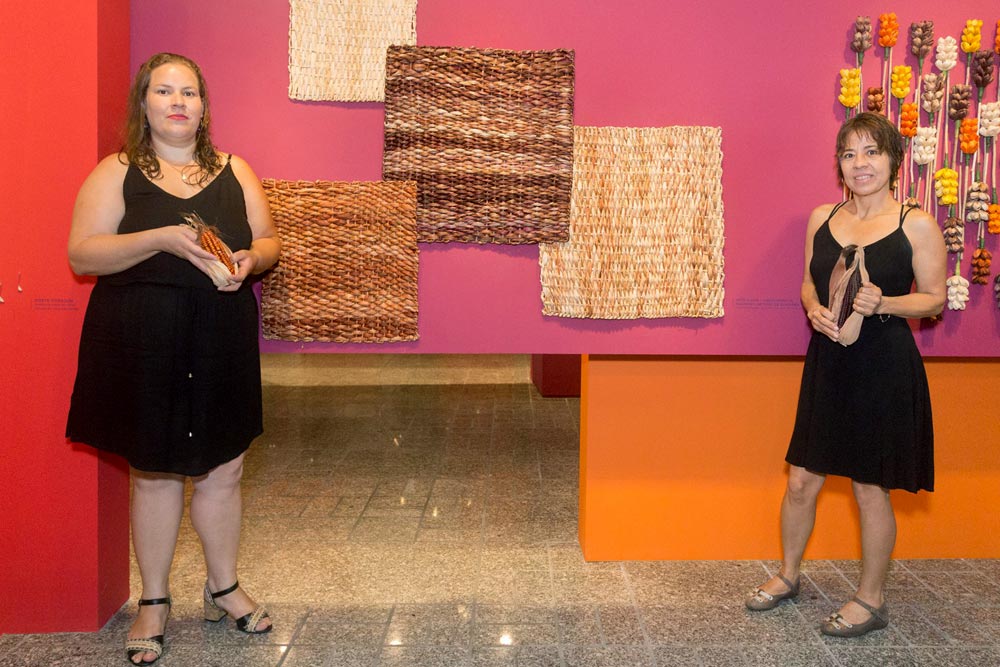 The curatorial design considers the temporality of artisanal practice (and its technical procedures) in contrast to the speed and optimization of industrial productive systems using machines and factories. But rather than taking an archaic perspective – considering the activity of handicraft as a practice far from the modern logics – the exhibition points to a field of production in tune with the demands of the socioeconomic context. Therefore, among a field of popular techniques, personal and collective memories, and living heritages of Brazilian cultural identity, the show also includes projects linked to creative entrepreneurism, improving conditions for the financial autonomy of communitarian groups.

And the place of the woman is transformed in light of this scenario. If historically the manual praxis reinforced the social mindset that the woman’s place was in the home, today we note an overflowing of this practice, spreading beyond the borders of the private sphere, into the social realm. The collective dynamics attaching to these tasks has shifted from the family environment to reach new configurations through the structuring of work centers, trade associations and guilds, which in turn provide possibilities for collaboration, sharing and politicization. Such manual tasks thus play a significant role in the process for achieving feminine autonomy, contributing to the professionalization and consequent socioeconomic independence of social groups.

The show also takes a look at collectives linked to the urban space such as the Bordadeiras do Jardim Conceição, in Osasco, or the Piradas no Ponto, a group that meets in São Paulo’s Trianon Park. The artisanal practice is also present in public institutions such as the Cooperativa Lili, consisting of current and former inmates of the Penitenciária Feminina II of Tremembé who work together in the production and marketing of handicraft products for the generation of income.

Another noteworthy point is the link between artisanal activity and the natural environment, for example, when local resources are used. The cases represented here include the use of materials from banana plantations by artisans from the quilombos of Ivaporunduva and Sapatu, in Eldorado, and the use of dyes and pigments obtained from native maize species in products by the handicraft collective Arte e Vida, in the Ribeira Valley.

Besides paying homage to the productions of these artisanal collectives and teachers, and boosting their visibility, the exhibition seeks to show the quality of their productions. Among elaborately made textiles, delicate laces and embroideries, and the tessitura of weavings and basketry, EntreMeadas includes a wide range of authorial works that evidence the plural and refined character of popular production techniques. The proposal by Adélia Borges pays tribute to traditions of local identity but also presents them in a process of revision and updating in light of the pressing needs of the current times. Last but not least, the exhibition spotlights the resistance of a field of activity still marginalized by the hegemonic market forces, but which is claiming a space of its own, engaging in politics of recognition to achieve its consequent valorization.