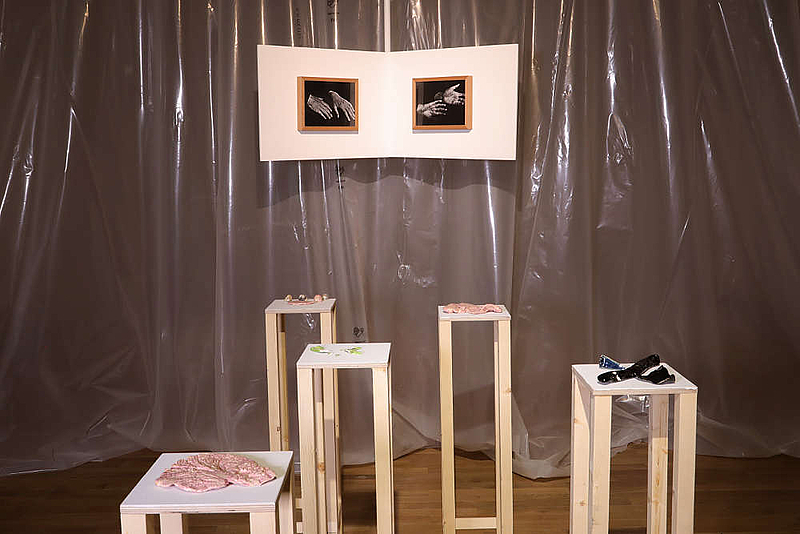 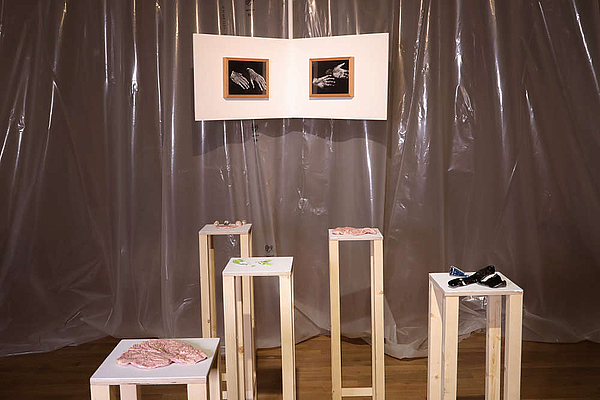 Wherewithal draws together images and objects related to the verb “to weed:” to uproot by hand. The works respond to the physical and curious properties of the Cuscuta monogyna, a plant that speaks of non-being or nothingness, until it suddenly becomes everything. A plant that doesn’t have leaves, but scales; it doesn’t have chlorophyll but buds intensely pink flowers; it doesn’t grow real roots but instead grows an almost eerie body of tentacles. In fact, it doesn’t exist at all until it can neurologically detect an opportunity to exist. Its seeds lie lifeless until a chemosensor in them detects a suitable host. Only then can they approach a crop entwining, climbing and hugging the life out of it. Like many weeds, the Cuscuta monogyna endures a large amount of abuse and has mastered the tactics of rebellion. Over the years, the English language attached repulsive names to it, like “devil's gut” and “witch's hair,” and invested in chemicals to annihilate it. In correspondence between British industrialists creating herbicides in the 1940s and British administrators in Palestine, they deemed Cuscuta monogyna a problem plant in dire need of intervention. Wherewithal honors the winding motion of a hand weeding in a series of found images, which are in turn placed in conjunction with small, visceral objects made from ceramics.