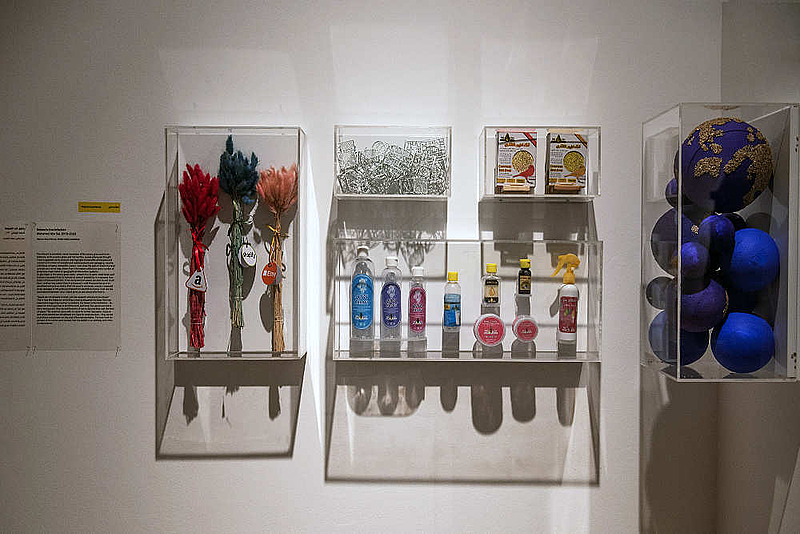 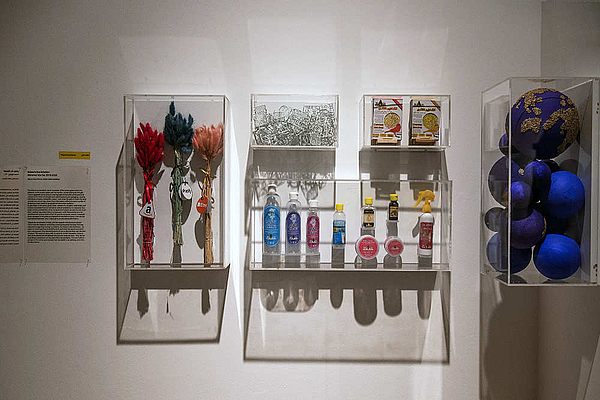 The artwork is an artistic visual translation of the canary grass and its importance, as it’s a useful grass and not harmful, as was previously thought. I have suggested some products that highlight the benefits of the plant and created a simulation of saleable and usable products and packaging, creating a fictitious company named Bio Canary. I also drew the path of where the seed spreads on a world map, drawn from information collections and a number of temporary maps based on geographical information systems. To get closer to the canary grass seed, I present it in its palm-sized detail, as if it were a harvested fruit, to indicate its ease of availability. In a separate illustration of the contradiction of our acceptance of weeds, we pass by and touch them, and we may collect them in a bouquet—until they surprise us in an advertisement and we realize that the weed is extremely popular. I prepared three packages of the grass purchased from electronics stores. Here lies the contradiction between what nature gives us and who profits from it.

“Seeds are not allowed in Israel, just like weapons and pharmaceuticals!”

This is how the inspector at the Erez crossing answered the Gaza Post representative regarding moving my works to the Weed Control exhibition. I received an initial approval to send the work, and when the parcels arrived to the crossing point, they denied the entry of two sculptures that took the form of seeds. The response came with no room for further discussion. Gypsum and white cement are not allowed into Gaza for weak excuses—they do not trust these substances nor the post office representative. The two most important of my works were banned from the exhibit in an arbitrary and unfortunate manner!