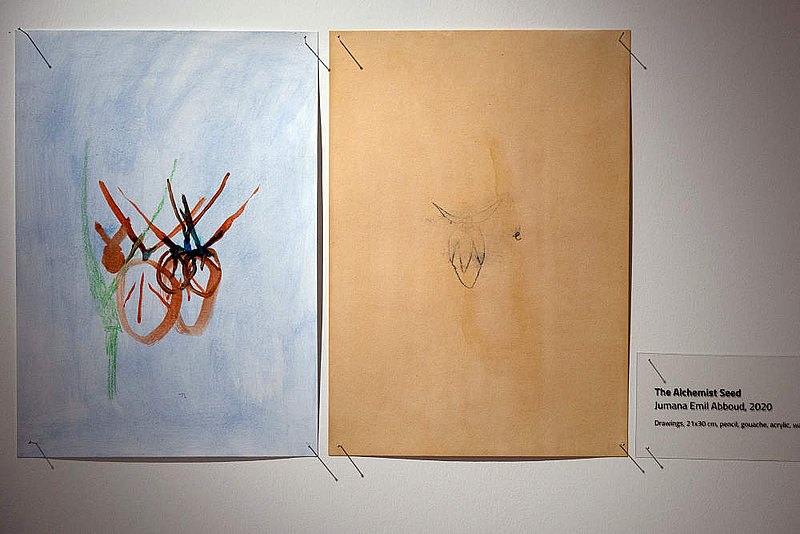 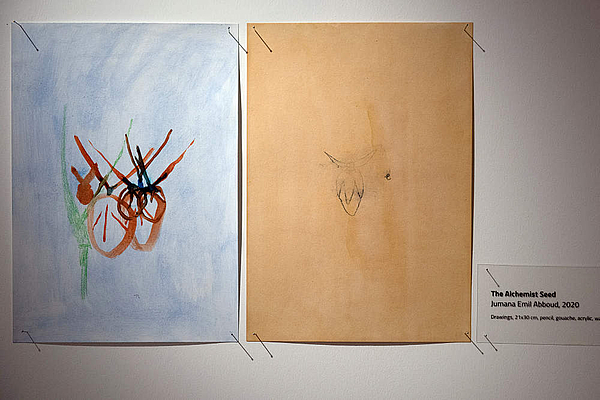 Existing as mutable variables, the state of being in between is characterised as a state between forms. In lucid assimilation, the seeds in such a state shall rely and feed off each other as they untangle out of a primordial state, between a birthing, a dying, a transitioning. While invisible to human sight and nestled in a bed of deep soil, the seed gestures in gentility to recompose.

The organic birthing organism—Lolium temulentum—is determined, slowly and gradually, to find earth-bearing surfaces. Depicted in the drawings as undergoing a state of mutated temporariness and disarrangement, we witness a diversity in cultivation: a simplicity, a disorder and an anonymity of the form.

Similarly, the overall installation takes on two states of being—an in-betweenness, so to speak. The drawings, on the one hand, depict the alchemical experiment, and their installation, on the other, is proposed as an affirmation to the weed’s intrusive nature. The drawings are spread across the exhibition space, sporadically coexisting between the works of other artists in an embryonic exploration that seeks to reimagine the creative field.