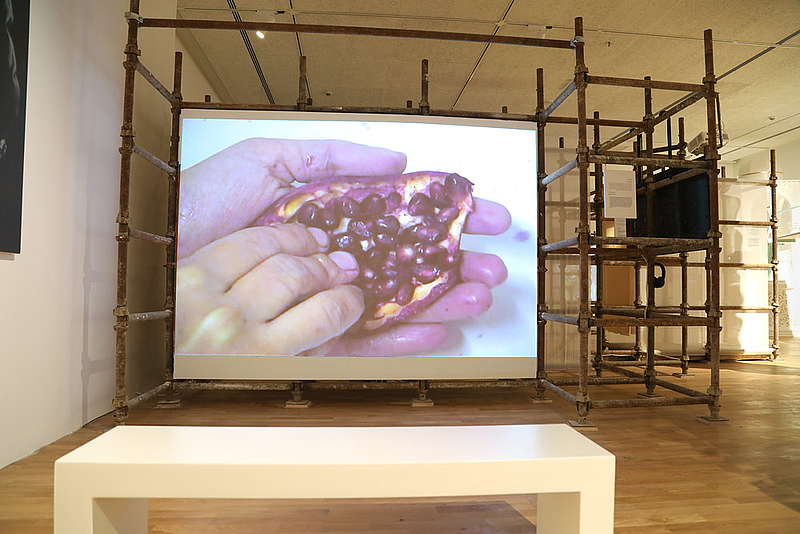 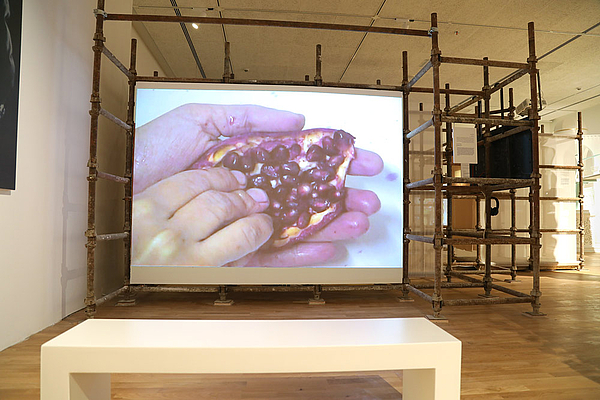 In the video work, a steady close-up shot reveals the hands of the artist carefully and meticulously attempting to return pomegranate seeds, left in a pile, back into the pomegranate’s shell. Seed by seed, this simple act questions the meaning of returning something in order to restore balance, but one knows the impossibility of such a task and/or dream. 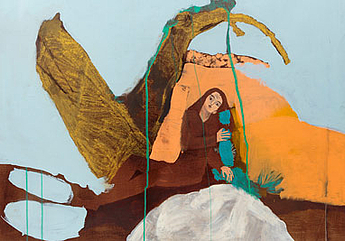 The pomegranate and the sleeping ghoul. Cultural memory and landscape through works inspired by Palestinian folklore.