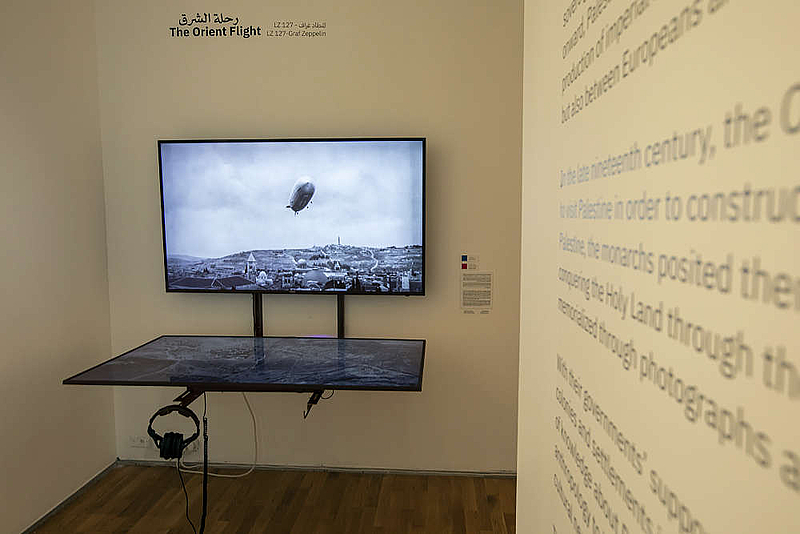 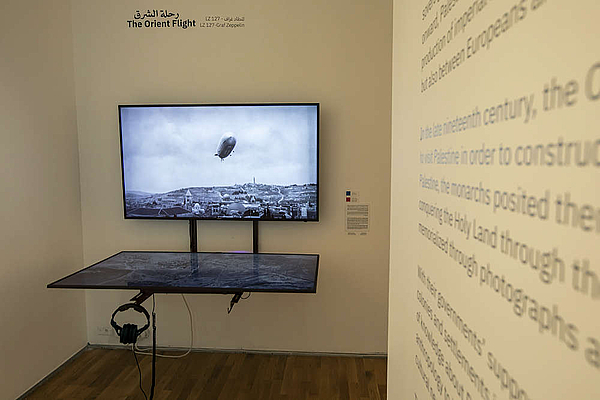 The German Airship Graf Zepplin (127 – LZ) flew twice over Jerusalem in its Orient Flight on 26/3/1929 and its Egypt Flight on 11/4/1931. In the latter, the airship had on it 41 crew members and 28 passengers. Among them was Wolfgang von Weisl, founder of the Zionist movement; Dr. Eugen Bolz, President of Württemberg and Theodor Von Guerard, former German Minister of Transportation. Influenced by the biblical imagination, the Zionist claims and the ongoing immigration to Palestine, the Zionist Jewish passenger gazed over the promised land. The Anglican Germans, on the other hand, were mesmerized by the romanticism and mysticism that engulfed the orient and the holy land, which they were trying very hard to link with the biblical and historical past.

The Zepplin airship reached the gulf of Haifa on Tuesday, 26/3/1929 at 16:00 with a speed of 130 m/h. It flew over Haifa and then headed south towards Atlit Castle, and from there to Caesarea. It continued its journey over the fields of Khdaira (Hadera) and Zichron Ya’kov settlements, which were just planted with chinchona. It then flew over Netanya, Herzliya and Tel Aviv. Afterwards, the airship headed towards Jerusalem and finally to the dead sea before it started its journey back to Friedrichshafen, flying a total of 81 hours over 5000 miles.