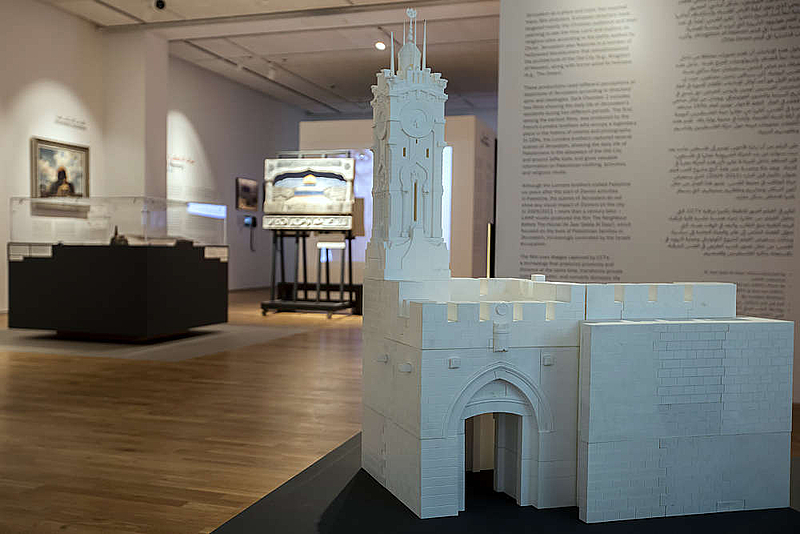 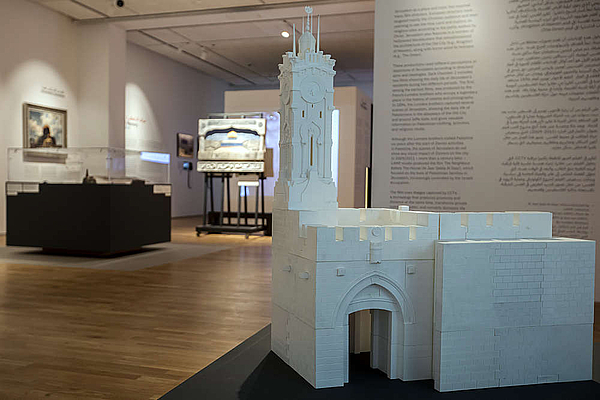 “... In 1901, under the presidency of Faydi Afandi al ‘Alami, the Ottoman authorities ordered the construction of the prominent clock tower at the Hebron-Jaffa Plaza at the western gate of the city to mark the twenty-fifth jubilee of Sultan Abdulhamid II... When [engineer Charles] Ashbee was appointed as the head of the Pro-Jerusalem Society, he made the decision to remove and destroy the tower because it conflicted with his vision of the ancient Walls of the City… In spite of this, I believed that it was our duty to relocate the tower elsewhere (instead of destroying it)... Because of my endless admiration for everything connected to Jerusalem, I ordered the construction of a wooden model of the Ottoman Tower and the plaza.” — (Excerpts from Wasif Jawhariyyeh Memoirs, edited by Salim Tamari and Issam Nassar)

“Bawabet Yafa” is a multimedia exhibition, which questions the notion of heritage and memory in Palestine by looking into the space of Jaffa Gate through the lens of early photography in Palestine and the lively memories of Wasif Jawhariyyeh. This narrative tells an alternative story of the relationship between the material past and the national imagination that takes future generations into account and shows that the built environment, although not recognized as heritage, was part of the spatial discourse related to knowledge production about past events (in the future). “Bawabet Yafa” makes it possible to speculate, “What would have happened if Jawhariyyeh had kicked Ashbee’s butt?”