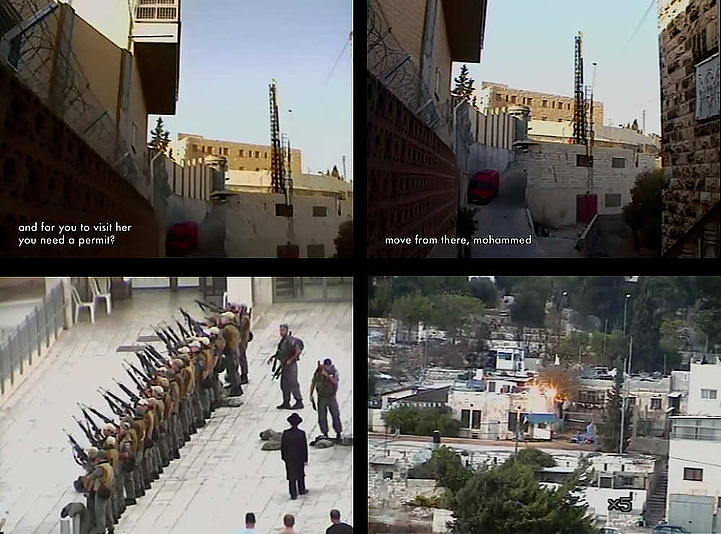 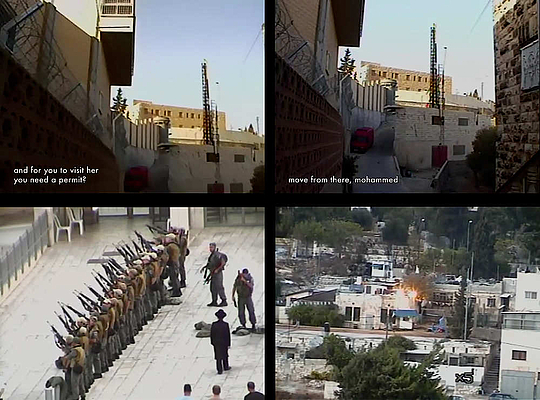 Eight Palestinian families living in and around Jerusalem city use their TV screens to look out into their neighbourhood, via a CCTV camera mounted on the rooftops of their homes, tripods made of stones. A film production made possible without acknowledging or seeking permission from the Israeli state, and by re-orienting both operational images and subject-positions of citizens. Instead of bearing witness in the usual way, these families control the cameras from their homes; a voice finds an image, an image is probed beneath its surface, thoughts withdraw or rebound, as Palestinians evaluate the nature of their distance from others. This feature-film is part of a long body of experimental works by CAMP around documentary images, surveillance, subject awareness and distribution. The work was filmed and shown in Jerusalem in 2009, and then edited into a film in 2011. The footage is archived in Pad.ma.