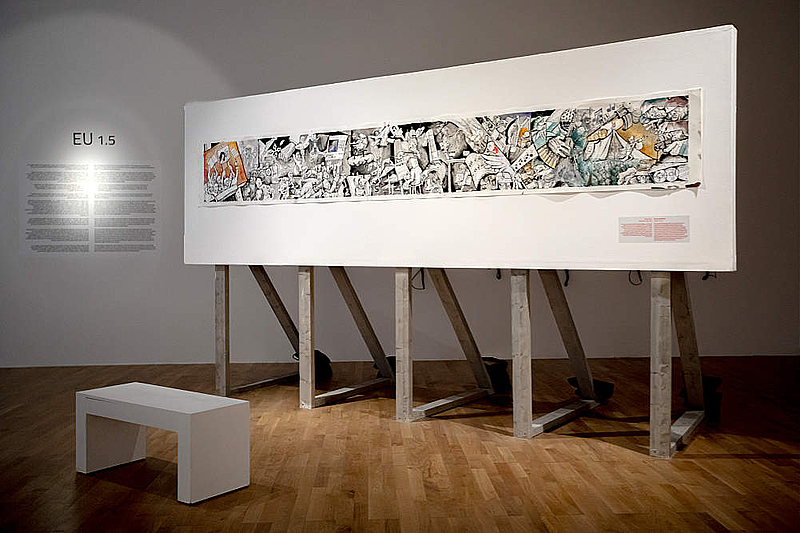 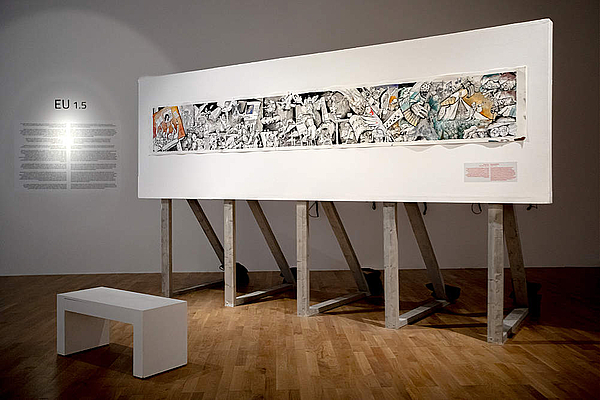 This work points to the long history of the Palestinian cultural movement prior to the Nakba as the starting point for the invigorating role culture played in parallel to the Palestinian resistance up to the first intifada. After that point, it collided with the aftermath of the Oslo Agreement and the social and political transformations it spawned. From some critical perspectives, there has been an investment in culture to use it as a broad address from which to solicit support and to institutionalize cultural action, and to tie it to funders and financiers, instead of using the challenges of creating culture, to find ways that can turn it into activism or a product independent of funding conditions and the values of funding institutions. The work is painted with old metal pen points (nibs) to indicate the importance of the intellectual returning to the important legacy of this cultural movement.