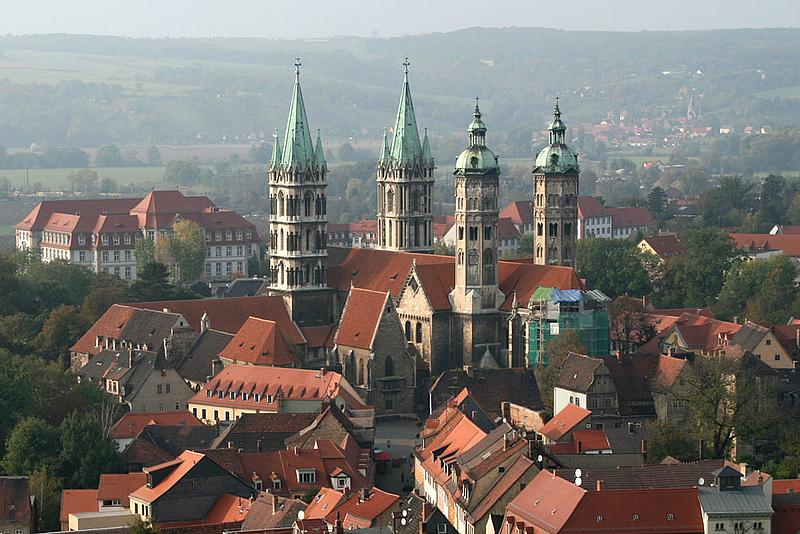 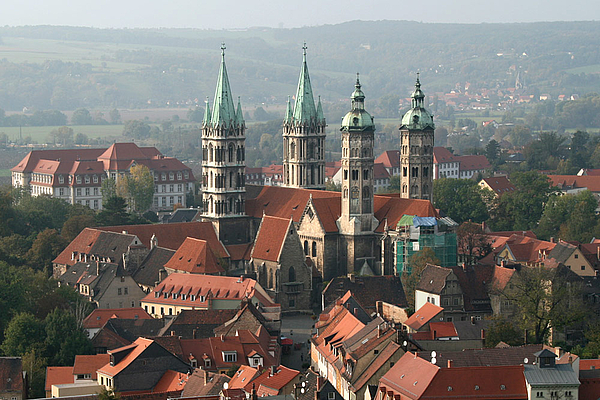 A late Romanesque basilica with two Gothic choirs, built mainly between 1213 and 1250, and four towers raised higher and modified in later periods.