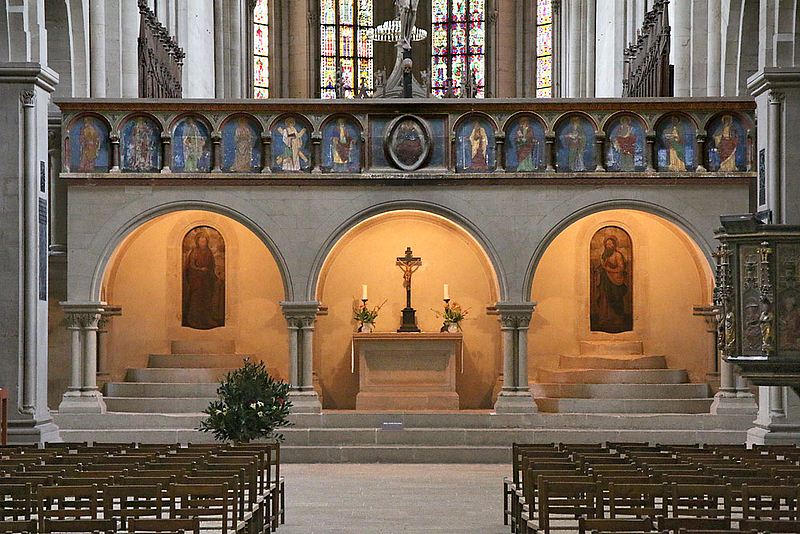 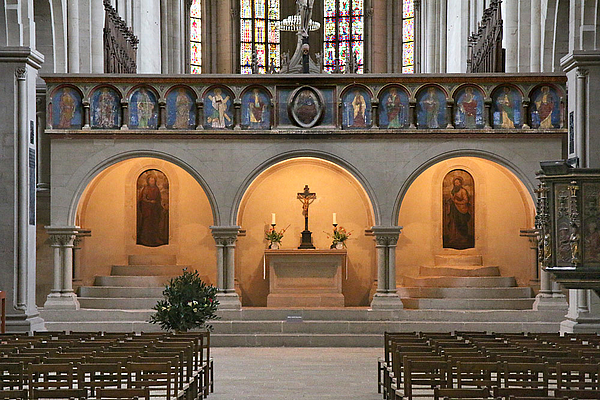 The oldest preserved hall rood screen in Germany dates from the time when the church was rebuilt around 1230. The altar in the middle was added in the 19th century.