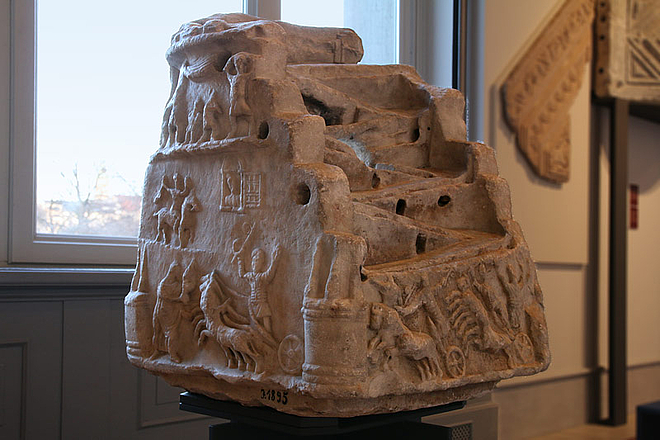 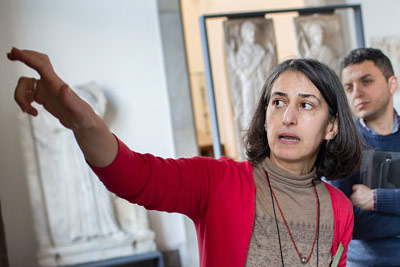 For me, this object is special because it truly stands out in the Bode Museum, which focuses mostly on art linked to religious and political powers – objects that were once displayed in palaces and churches, and that belonged to kings and queens. This particular object is related to ordinary people and their everyday lives.

It is a gambling device, which was used during a horseracing festival that took place in Constantinople in the 6th century. Every step of the event is immortalised on the stone: first, comes the preparation, then horses are ready to start, then racing through the Hippodrome, the winner receive its prize and goes happily to spend it, and finally is the closing of the festival. The object itself as a gambling device functioned with balls of different colours, with everyone betted by picking one colour; all the balls were then thrown at the same time and the first one to come out was the winner.

This object allowed people to have fun, something to which everyone can relate. Gambling has not changed much since this period. It was forbiden in 6th century Constantinople, just like it's prohibited in Syria now and regulated in most countries, yet people have always done it and enjoyed it. I like to show this object during my tours because it is something light and different that always amuses visitors.

Mariam Bachich
Has a BA in civil engineering and an MA in World Heritage Studies. She was working in cultural heritage management in Syria. In Berlin, she works for the Syrian Heritage Archive Project and is a tour guide at the Bode Museum for Multaka.