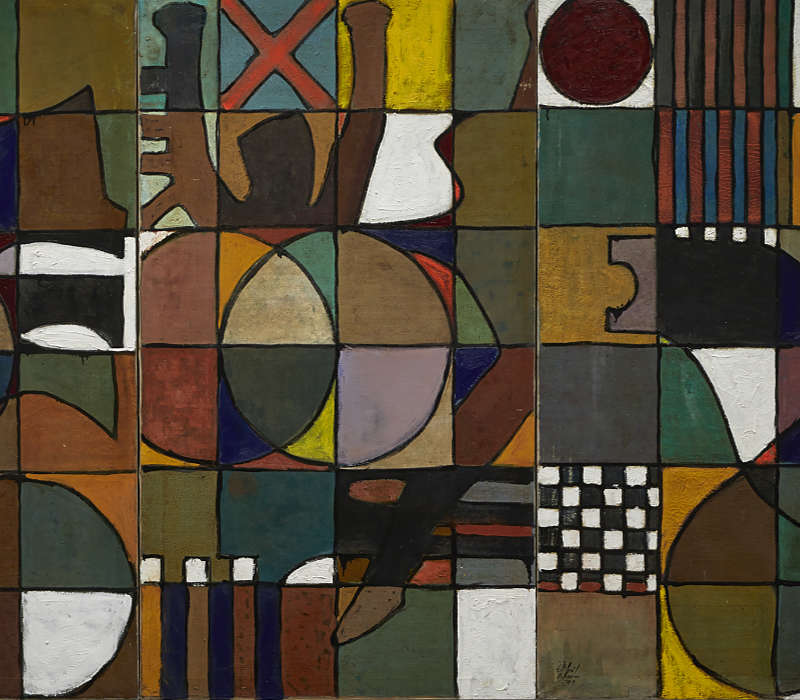 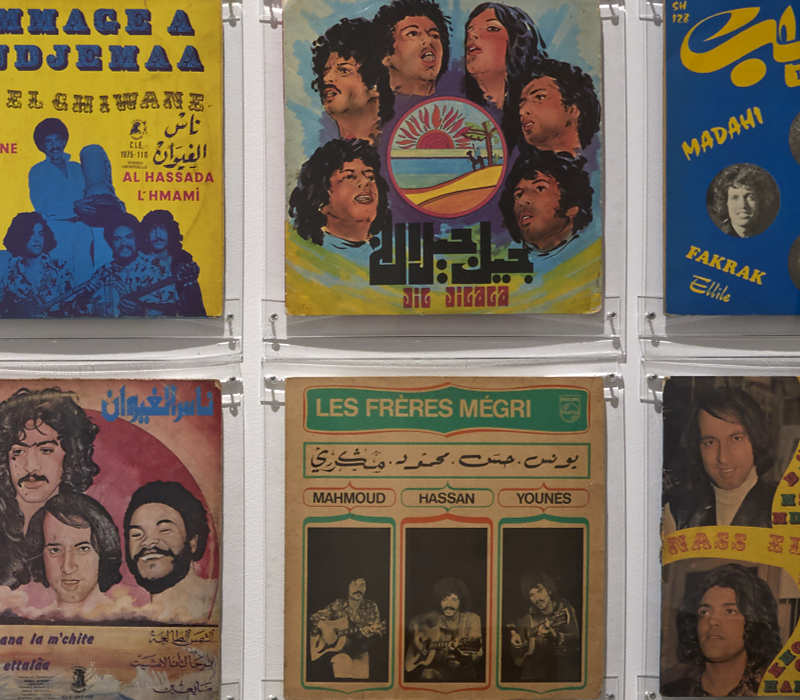 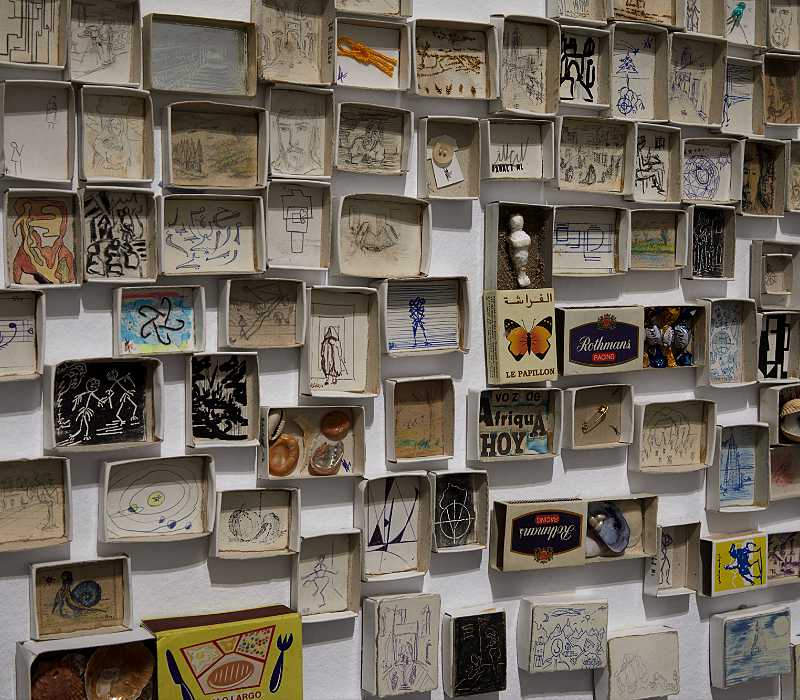 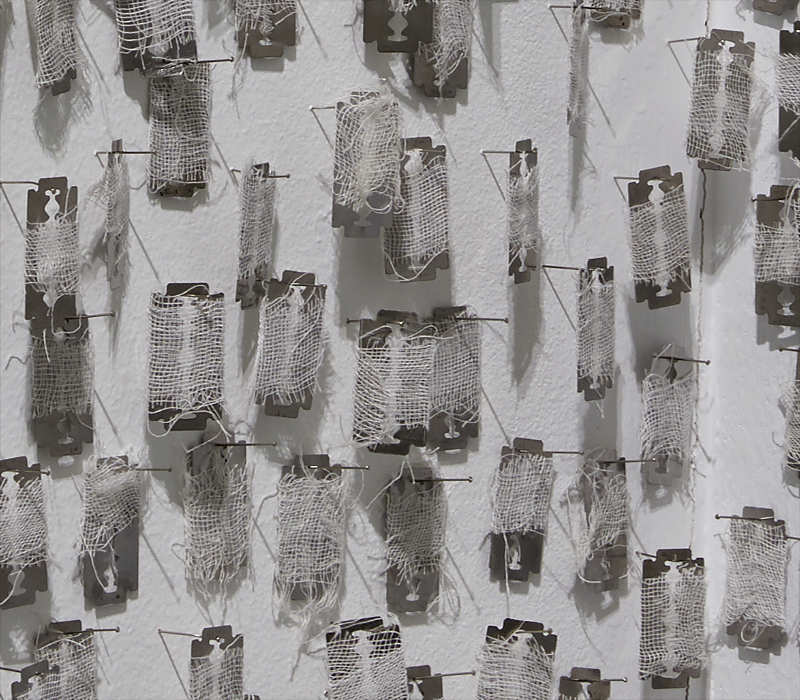 List of participants
63 artists; contributors to the publication and public programmes

Museo Nacional Centro de Arte Reina Sofia in Madrid presents Moroccan Trilogy: 1950-2020, a sweeping survey of the culture of Morocco from the 1950s to the present day, in a unique collaboration with Mathaf: Arab Museum of Modern Art – Qatar Museums and Qatar Foundation.

The show features more than 250 works by 60 artists, including a series of important works from the collection of Mathaf, as well as archival material drawn from private and public collections. The exhibition also premieres or re-activates a number of works, and includes several new commissions.

The exhibition is co-curated by Manuel Borja-Villel, Director of the Reina Sofia Museum, and Abdellah Karroum, Director of Mathaf: Arab Museum of Modern Art in Doha. Moroccan Trilogy 1950-2020 looks at modern and contemporary art and culture in Morocco’s major urban centres including Tangier, Tetouan and Casablanca, from the immediate post-independence period of the 1950s to the pre-revolutions era of the new millennia. 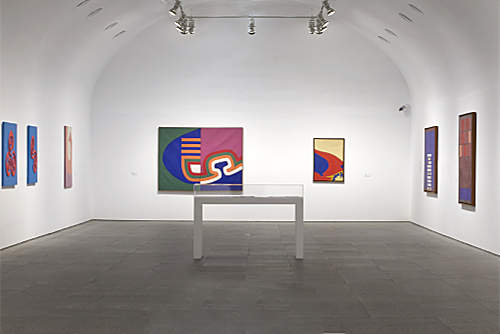 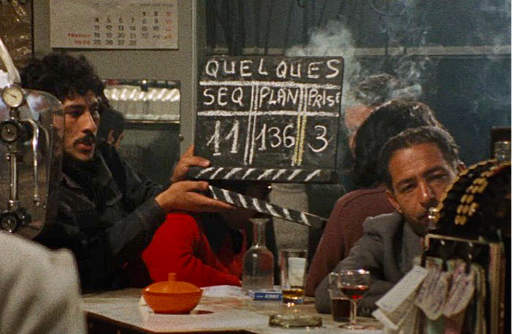 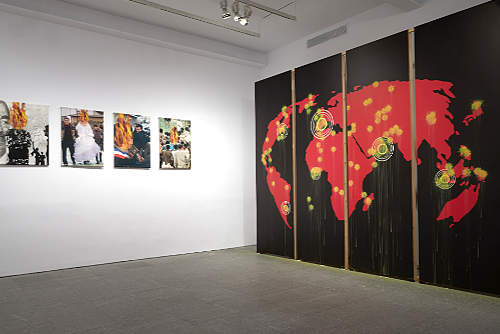 Divided into three chapters, historical timeframes defined by major societal shifts, the exhibition examines the interdisciplinary domains of art, literature, film, architecture, theatre, and music and their personal and professional networks. Each chapter of the trilogy is intended to provide a non-exhaustive historical reading of these diverse, interconnected forms of expression, both intellectual and artistic, the generations of artists, and their relationship to socio-political struggles for freedom. Through artwork, archives, and publications, this exhibition provides a new expanded framework for reading art histories in Morocco that is non-linear, transnational, and political.

The first chapter covers the period 1950-1969, during the struggle for independence and following forty years of French and Spanish colonial rule, presenting historical works that defined new tendencies of anti-colonial art practices in the 1960s, including a radical revision of the Fine Art Schools with a futurist perspective, among them:

Farid Belkahia (1934-2014), one of Morocco’s most important artists of the post-independence era. Trained in Prague and Warsaw, he worked primarily with traditional techniques, drawing on the cultural heritage of Morocco in his work - painting, metalwork and leather. Avant-garde for his time, he remains an imposing figure in the history of Moroccan modern art and a leader in Casablanca’s fine arts school in the 1960s.

Chaïbia Talal (1929-2004), a self-taught artist, who looked at women in society through her personal experience and depicted life scenes from her village in a unique way that made her conquer the top echelons of the international art world.

Mohamed Melehi (1936-2020) consistently contributed to the Moroccan art scene from independence until his passing in 2020 at age 83. Melehi contributed to Souffles journal as a designer since 1966, he initiated the Asilah Moussem (Festival) since 1978, and had a solo show at Mathaf in 2017.

The second period, from 1970-1999, encompasses the so-called Years of Lead, and is among the most violent in Morocco’s recent history, including the uprisings of 1981 and 1984 as a consequence of the political and economic crisis. This chapter introduces some of the most experimental works that remained marginalized for decades, as many artists and intellectuals worked in secret or adopted strategies of resistance to the market and the established podiums, while the state initiated art festivals in major cities. The 2nd Arab Biennial took place in Rabat in 1976, and was followed by the Asilah Festival, which is still taking place today.

Mohammed Kacimi (1942-2003) created work that reflects on the human condition and the struggle for freedom. In the 1970s he was among the most socially engaged artists against racism and injustice. He was actively involved in art events and publication in support to anti-war and liberation movements in Africa, Palestine.

Latifa Toujani (* 1948) is among the feminist artists. She collaborated with feminist writer Fatima Mernissi, participated in the artists’ encounters in the 1st Arab Biennial in Baghdad in 1974, and took part in a pan-Arab art event in solidarity with Palestine. Her works presented in the exhibition Moroccan Trilogy 1950-2020 reflect her engagement with human rights during one of the darkest historical periods in Morocco.

Leila Kilani (* 1970), a director, screen writer and producer who was born in Casablanca, creates films that reflect on the political and socio-economic nature of different places, often set in her home country. She is best known for her documentaries. Kilani’s film Nos Lieux Interdits (2008) reveals aspects of this historical period in Morocco, and explores memory and trauma related to people’s disappearance and torture during the Years of Lead.

The third period from 2000-2020, focuses on the work of artists and activists, marking the rise of populist political parties, the Casablanca terrorist attacks in 2003 and the Arab Spring, defining an era of radical change, mass uprising and technological development. The generation of artists, who emerged during this period broke away from their predecessors. The Generation 00 artists look at social realities with immediate and live updates about the world, work with new media practices, and operate in a post-internet world. They created new spaces in Tangiers, Rabat, Casablanca and inspired a new generation of Moroccan artists and authors now working on a global scale.

Mounir Fatmi (* 1970) is a Moroccan artist based in Paris, whose provocative installations address social, political and environmental issues. Fatmi employs a variety of unconventional media in his work, appropriating familiar objects such as VHS tapes and old antenna wires – such as in his Aljazeera work – for use in conceptual narratives. His Erased paintings (since 1997), where Fatmi ‘erases’ his compositions with white paint, are considered the most radical gesture and shift in his practice.

Yto Barrada (* 1971) is an artist who creates art as a learning process. Her multipaths practice is based on investigating urban life and its zones of uncertainty, ecologies and their creative gardening. She produces photographs, films, sculptures and installations that explore the social, political and historical conditions in her home city of Tangier. She created the Cinémathèque de Tanger as a place where her art practice and social activist meet.

Hicham Benohoud (* 1968) produces work that ranges from painting to new media, but photography occupies a central place in his interdisciplinary practice, making the link between identity politics and power relations.

Younes Rahmoun (* 1975) is one of the most important Moroccan artists of Generation 00 that emerged internationally in the early 2000s. His artistic practice is inseparable from his religious and spiritual beliefs, his abstract works reveal his interest in repetition and meditation. He continues to teach at the Fine Art School in Tetouan, where he invites local and international artists to meet with students.

Yassine Balbzioui (* 1972) plays with conventions and shifts between media, leading the viewer to question the notions of sincerity and society based on appearances. His paintings are marked with animals and birds, comparing their similarities to human habits and characteristics. For Moroccan Trilogy at Reina Sofia, Balbzioui has created a monumental wall painting with multiple scenes, a Don Quichotte (Don Quixote) riding a zebra, a man sleeping with bananas, and a disproportionately long horse with multiple characters as fantasy riders.

Sara O’Haddou (* 1986) was born in France in an Amazigh family, her work explores notions of heritage and transnational identities, through research and experiment between and quasi-scientific and poetic practice, addressing the challenges facing the artisan crafts communities around the world, including Morocco and Japan.

Safaa Erruas (* 1976), is a Moroccan artist known for her subversion of domestic materials and the presence of the colour white in her work. Brisa, is an incisive work produced in 2002 for the exhibition JF_JH individualites, at a historical moment when Morocco was debating the status of women in society, particularly their civil rights and contribution to politics, economics and ethics.

The exhibition also includes works by artists who worked as outsiders and developed unique and poetic vocabularies. Tangier was an international creative centre of the Beat Generation and anti-war movements, and has been a base for artists such as Khalil El Ghrib and Abbas Saladi. El Ghrib (* 1948) teaches in Tangier and lives in nearby Asilah, working with everyday and organic ephemera and found objects, such as bread and newspaper, to explore the degradation and decay of matter. Abbas Saladi (1950 – 1992) explored metaphysical universe through drawing and painting of his visions.

Abdellah Karroum, Curator of the exhibitions and Director of Mathaf: Arab Museum of Modern Art Qatar, said: "This historical exhibition is part of a larger ongoing research programme that is constantly expanding. This first presentation in a museum context seeks to amplify the artists’ perspective of a turbulent period in the history of Morocco, and has been developed in close collaboration with the Reina Sofia Museum over the last three years. Divided into three historical timeframes defined by major social shifts, each chapter of the trilogy is intended to provide a new framework for reading art histories in Morocco and their relationship to socio-political struggles for freedom."

Under the title In the Meantime, a programme of activities is offered by the Museo Reina Sofía together with Medialab Prado and Casa Árabe to bring to light and question the complexity of Morocco’s contemporary reality via an encounter between different artists and creators from the country. Curated by Susana Moliner, the programme comprises round-table discussions, conversations, lectures, workshops and performances, to be held across the three sites mentioned above over a six-month period.
more information, program

The exhibition Moroccan Trilogy 1950-2020 has been organised within the framework of the programme for cultural cooperation between Spain and Morocco in the field of Museums, an initiative fostered by the National Foundation of Museums of the Kingdom of Morocco and the Ministry of Culture and Sport of the Government of Spain, in collaboration with Mathaf: Arab Museum of Modern Art – Qatar Museums and Qatar Foundation.

An initiative of:
Museo Nacional Centro de Arte Reina Sofía,
Ministry of Culture and Sport of the Government of Spain,
and National Foundation of Museums of the Kingdom of Morocco

With the collaboration of:
Mathaf: Arab Museum of Modern Art
Qatar Museums and Qatar Foundation

With the support of Fundación Almayuda