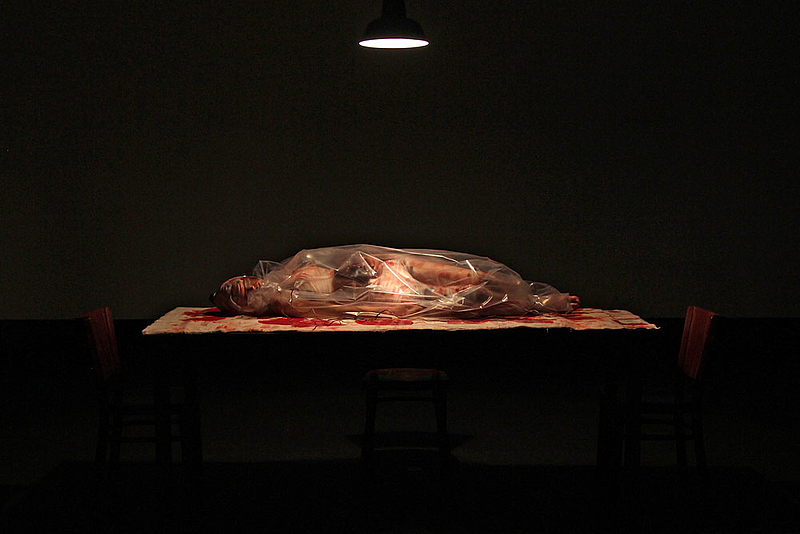 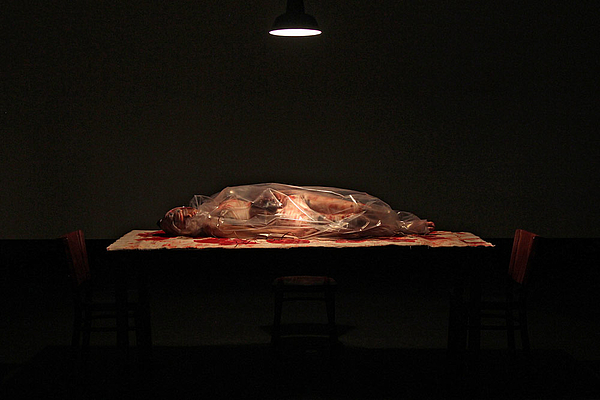 Reenactment of the performance created in 1983 as a response to the Israeli invasion of Lebanon, 180 min
Sound: news reports about civil war and speeches of Western leaders talking about peace.
Presented at Meeting Points 6, 2012, HKW Berlin, Germany

The Negotiating Table, reenactment of the performance created in 1983, and other works, presented at the event in Berlin, directed by Okwui Enwezor.