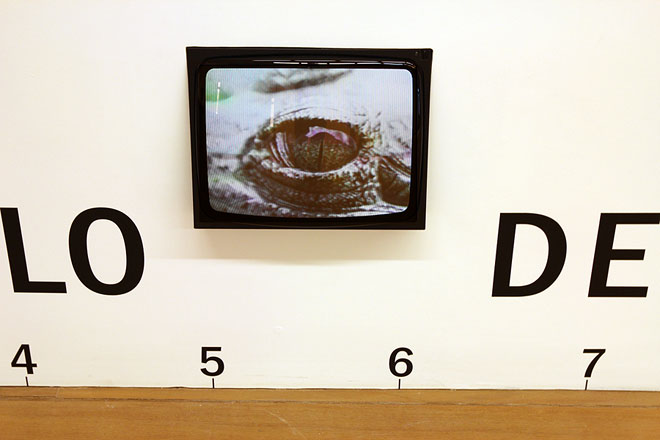 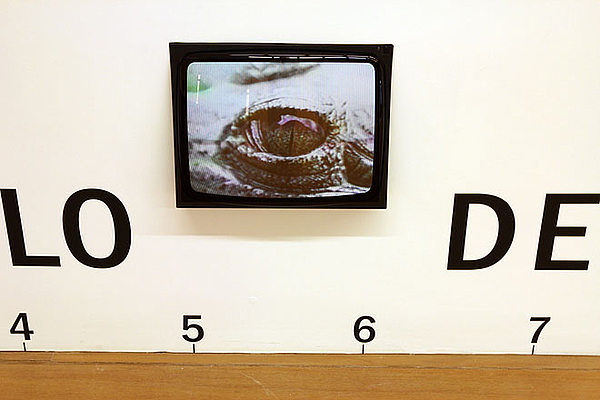 El cocodrilo de Humboldt no es el cocodrilo de Hegel [Humboldt’s Crocodile Is Not Hegel’s Crocodile]. 1994
Media art installation with 2 monitors and text
1:10 min. / 2:10 min., color, sound
(Detail)
Uncertainties, fears, and prejudices as well as their possible causes and constructions emerge ironically in Hegel’s and Humboldt’s commentaries on the size of the American crocodile. The New World meets the Old World here; the empirical world grapples with theory; the relativity of our perception is laid bare; finally, imagination triumphs, and the crocodile itself resigns from the debate, with the wink of a (video) eye…
(From the leaflet)

Casa Daros in Rio de Janeiro is an institution of Daros Latinamerica, headquartered in Zurich, Switzerland. Inaugurated on 23 March 2013, closing in December 2015.