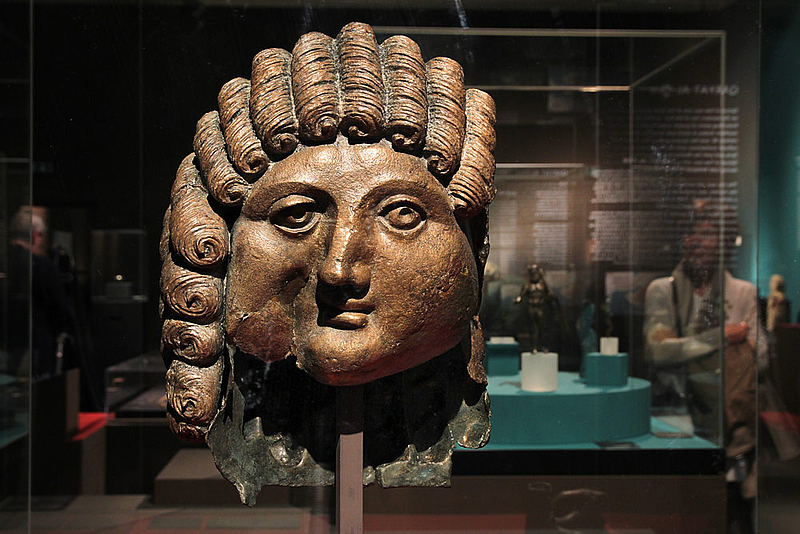 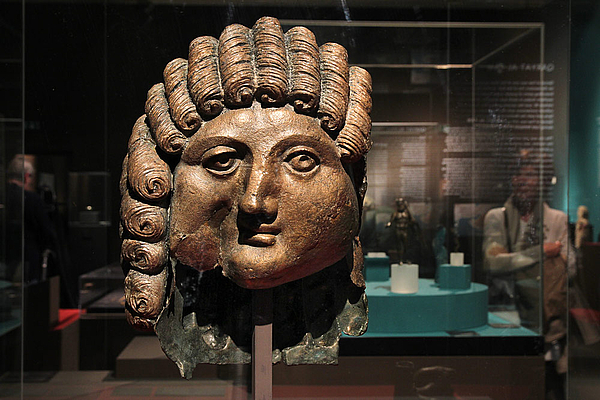 Head of a man

1st century BC–2nd century AD
Cast bronze
H. 40 cm
Qaryat al-Faw
The spectacular finds from Qaryat al-Faw in Room 5, one of southern Arabia’s most important trading towns in the pre-Islamic period, are a dedication to Arabia’s extensive cultural contacts: bronze deities, wall murals with banqueting scenes and impressive small art artefacts dating from the 3rd century BC into the 3rd century AD, are witnesses to the well developed culture of ancient Arabia.

Photos of the exhibition in Berlin

Presentation at the Pergamonmuseum, 2012. Organised by the Saudi Commission for Tourism and National Heritage, together with the Museum of Islamic Art, Berlin.