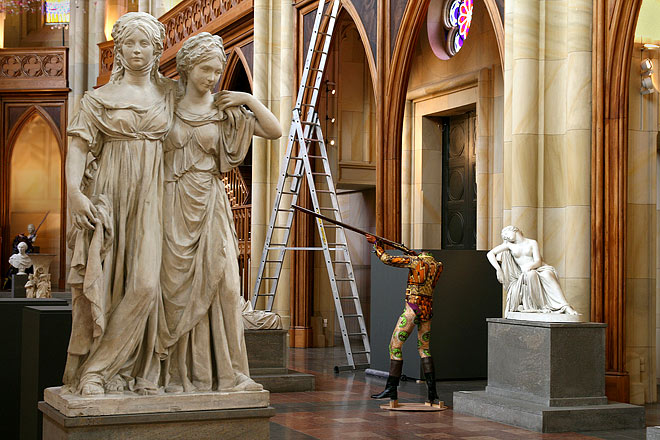 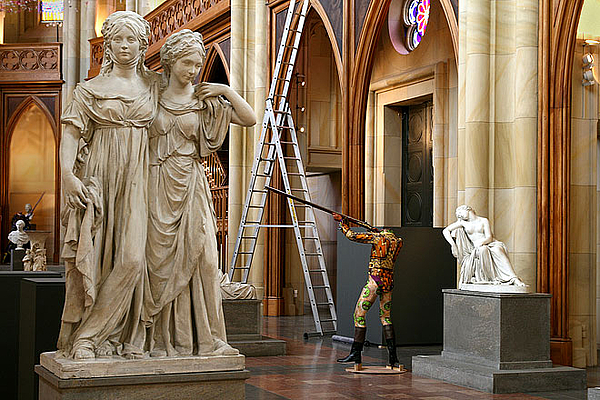 In the background, at the center, the male figure of the work Colonel Tarleton and Mrs Oswald Shooting, before setting it up.