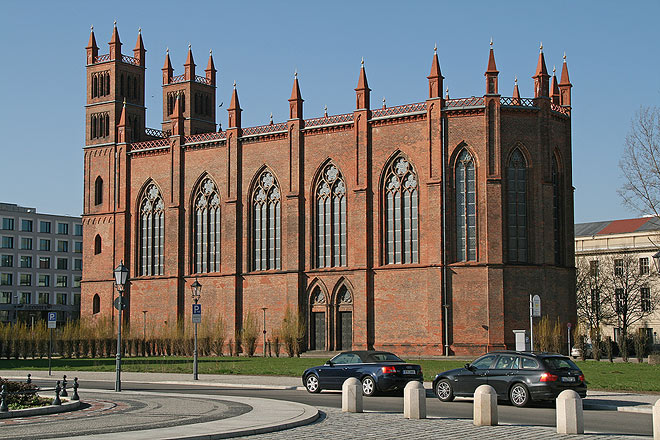 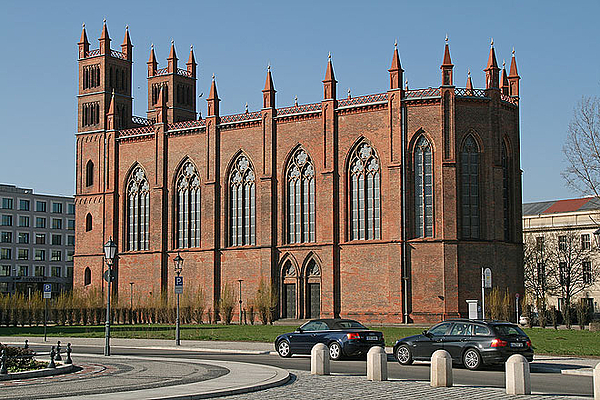 Built between 1824 and 1831 by the Prussian architect Karl Friedrich Schinkel, this architectural gem is featured in every architectural guide to Berlin. The Neo-Gothic structure is the first church in Prussia to display its red brick façade. These features are indicative of patriotic intentions because bricks were the traditional domestic building material and the Gothic style was considered to be an original German accomplishment.