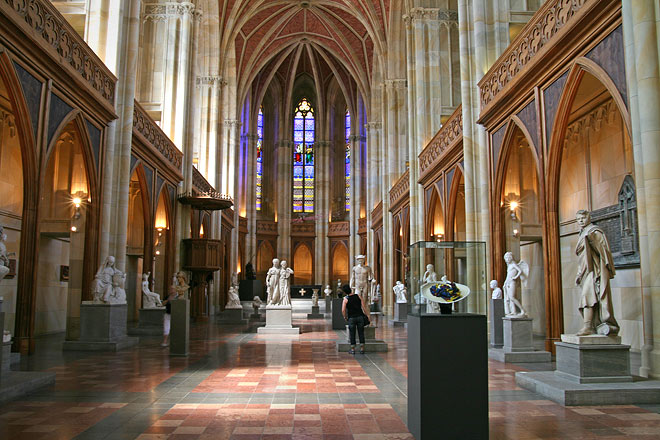 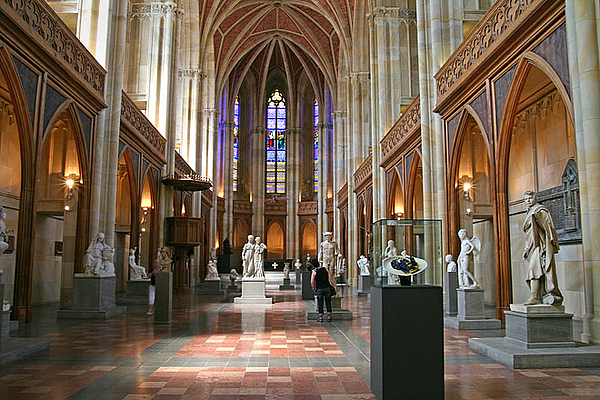 The Friedrichswerdersche Kirche, located at Werderscher Markt in Berlin, was built between 1824 and 1831 by the Prussian architect Karl Friedrich Schinkel.

After the loss of the church's congregation at the end of World War II, it began to be used as a museum in the 1980s. Once restoration was completed in 1987, the Nationalgalerie exhibited 19th-century sculpture of the Berlin School here. Johann Gottfried Schadow's famous princesses take up the central position. Statues of Johann Joachim Winckelmann, Daniel Rauch, Gottfried von Schadow and copies of antique sculpture by Emil Wolff are complemented by portraits of Goethe's era.

Enlightenment-era virtues commonly held by Schinkel's contemporaries Karl August von Hardenberg, Friedrich Tieck, Peter Lenné and Wilhelm von Humboldt included acceptance, honor and mutual encouragement. This spirit is still reflected in the building that now serves as a museum. The selection and installation of the sculptures underscores the general character associated with the time of Goethe.