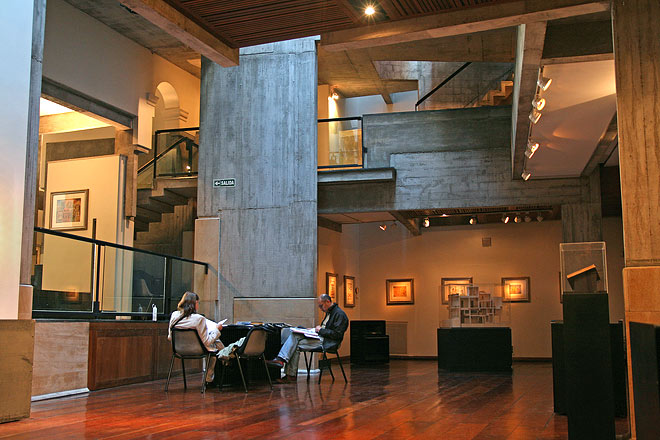 Alejandro Xul Solar is one of the most singular representatives of the vanguard in Latin America. In 1912 he went to Europe where he stayed until 1924, living in Italy and in Germany and making frequent trips to London and Paris. At his return he participated actively in the esthetic renovation proposed by the editorial group of the Martin Fierro journal (1924-1927). Friend of Jorge Luis Borges, he illustrated several of his books and collaborated in various of his editorial enterprises such as the Revista Multicolor de los Sábados and Destiempo.

The Museum opened on 13 May 1993. The works that are exhibited were selected by Xul Solar himself for the Pan Klub. These works constitute the permanent exhibition of the Museum, along with objects, sculptures, and documents that belong to his personal archive. Furthermore the Foundation preserves the personal dwelling of the artist including his library of near 3.500 volumes.