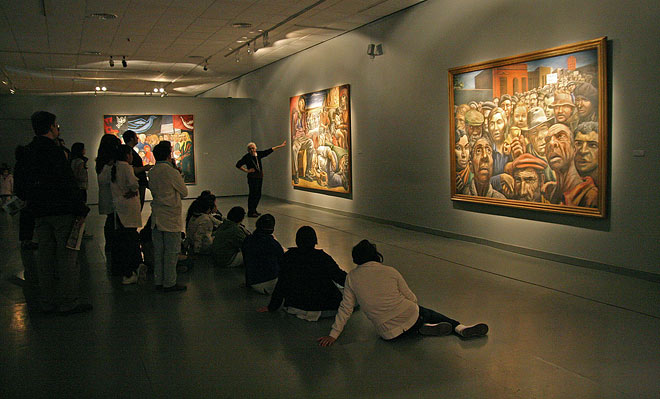 The exhibition features 30 of the most important paintings by Antonio Berni, one of the best-known protagonists of the Argentine art scene in the 20th Century. The show, which doesn't follow a chronology, provides evidence of the personal affirmation of a creator attentive to the life of the popular sectors, the workers and the marginal and least favoured, making clear interconnections between his artistic interests and his ideological position.

Large painitings from the 1930s, defining the style of a new realism, can be seen. In works from the 1950s he dedicated his attention to the situation of the peasents in the North of the country. Represented are also some examples of his narrative series Juanito Laguna and Ramona Montiel, as well as some critical works about the consumer society and the political oppression in the 1970s. Portraits from the 1930s and 1940s manifest some more intimate facets of the artist and his masterful compositions of figures.

(Summary of a text of the MNBA.
© Translation from Spanish: Binder & Haupt)

Universes in Universe thanks the Communication's Department of the MNBA for the photo permission.