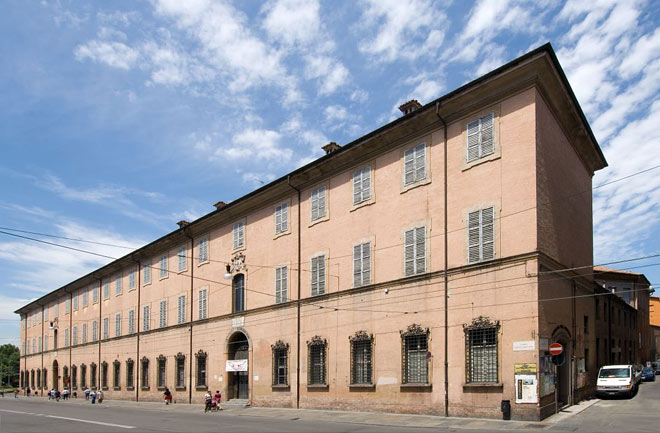 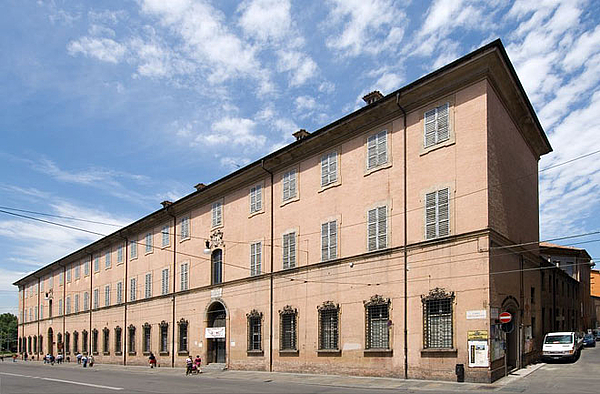 Address:
Largo Porta Sant’Agostino 228
Modena, Italy
Main exhibition venue of Fondazione Fotografia
The real estate complex located in Modena's city centre is known as "complesso Sant’Agostino." The former hospital (built in 1753) has a surface area of approximately 24.000 square meters.
The venue is used by Fondazione Cassa di Risparmio di Modena with the aim of transforming it into a cultural centre. In the future it will host important institutions such as the Centre for Images and Photography - which will be the future base of all the activities of Fondazione Fotografia with a wide exhibition area -, the state library and the civic art library, the International Language Centre, as well as guestrooms and other complementary services.

Currently, there is a plan for a general renovation of the building, which has been assigned to a team of designers headed by Gae Aulenti. The conclusion of the works is scheduled for 2015. Until the works start, some halls (about 2.000 square meters) have been renewed and opened to the public, hosting the exhibition activities. The project is considered as one of the most important interventions of requalification undertaken in Modena, due to the historical relevance of the buildings involved, their strategic location in the urban context, and the economic dimension of the project as such.