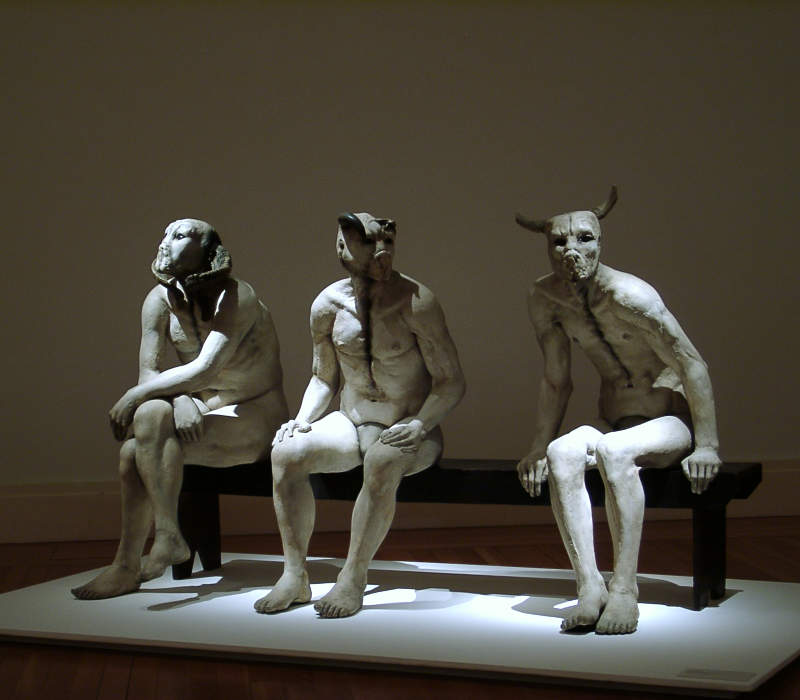 Independence and Liberation Movements in Africa 1945 - 1994

A project of Museum Villa Stuck, Munich, in co-operation with House of World Cultures, Berlin, 2001-2002 - see the venues below

Universes in Universe presents a Photo Tour through the 2nd exhibition's venue, at Martin-Gropius-Bau in Berlin, featuring works by 40 of the aprox. 60 participants. Thereby, Okwui Enwezor's strongly-emphasized principle, placing art and documentary material alongside each other with equal significance, becomes clear. (see the themes below) 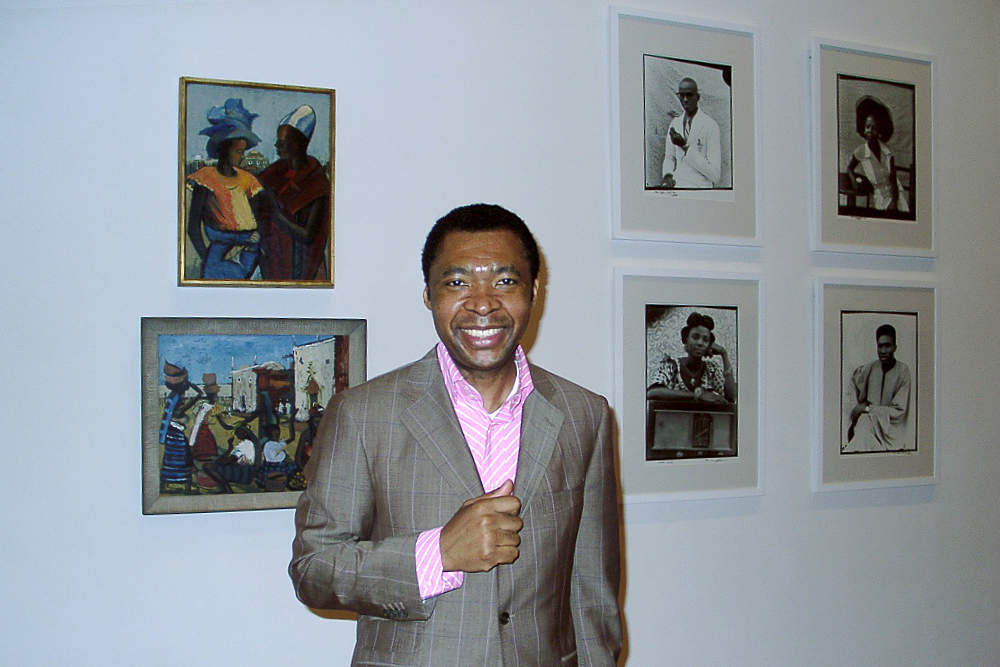 Okwui Enwezor at the exhibition in Berlin, 17 May 2001. © Photo: Haupt & Binder, Universes in Universe

The Short Century. Independence and Liberation Movements in Africa 1945-1994 examines the brief period of liberation from the yoke of colonialism from 1945 to the end of the Apartheid regime in 1994. In this "short century", the peoples of Africa won their independence from the European powers which had divided the continent among themselves in 1884/85 at the Berlin Conference, with the aim of total colonisation. When the first Ghanaian Prime minister, Kwame Nkrumah, spoke of the 20th century as the "century of necessity", he was describing both the path to emancipation and that of rebuilding African identities. 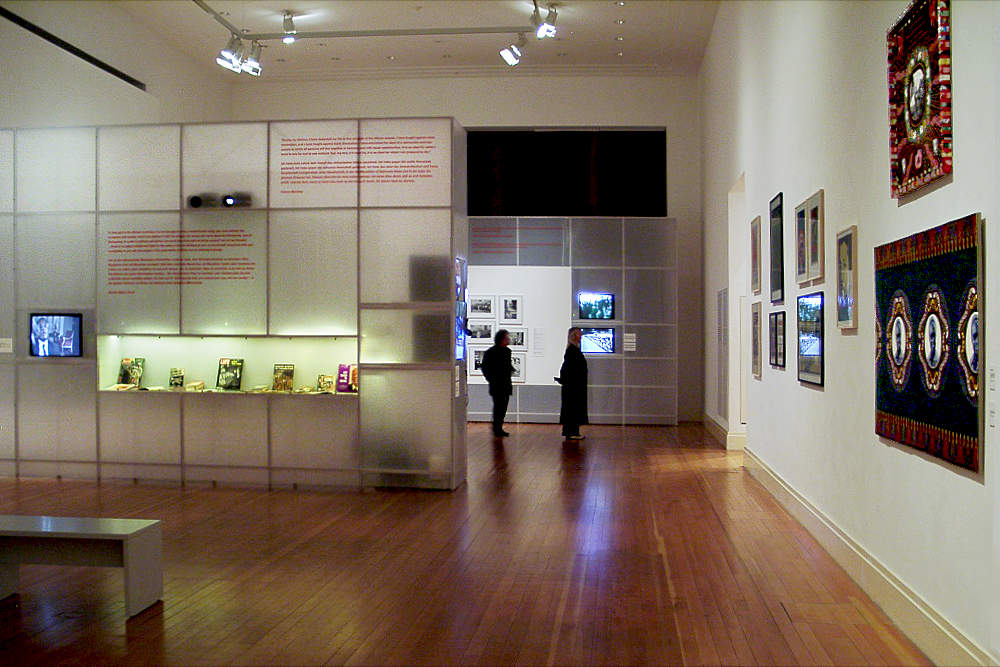 The interdisciplinary approach of the exhibition links historical documents with modernist and contemporary artistic standpoints, and confronts the creations of colonial and anti-colonial propaganda - film and photography, but also poster art, print media and textiles - from both private collections and government archives. This exhibition proposes that unique examples of artistic currents, from the Egyptian awakening to South African resistance art can now be seen in Germany for the first time. Architecture and town planning are shown here as an expression of a new, collective self-confidence manifest in the young African states, but also is a subtle excursus in to the politics of space. 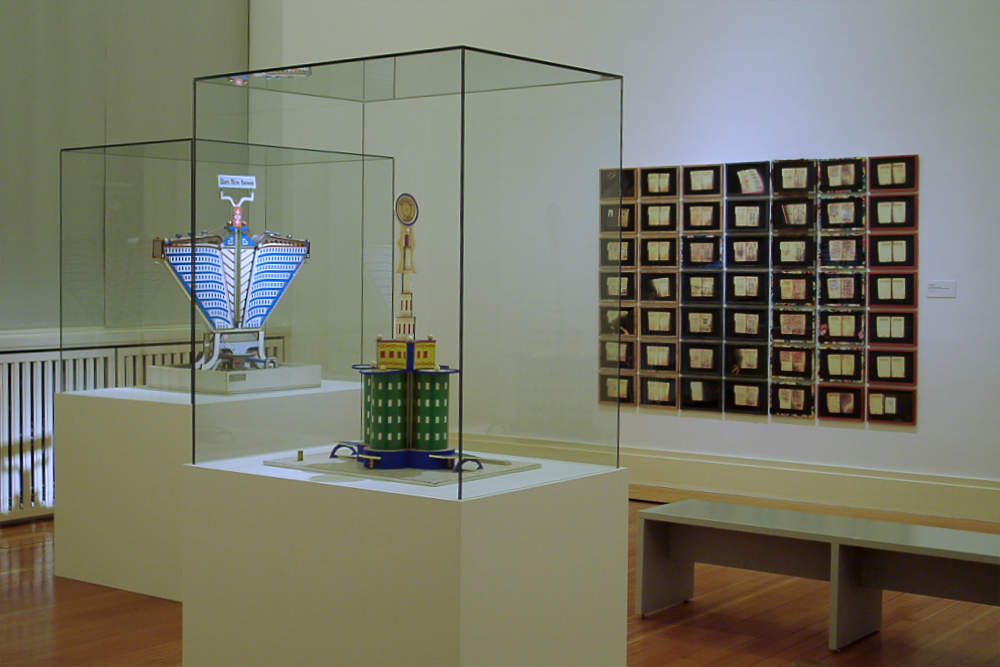 The exhibits show personal and collective self-representations of an Africa undergoing urbanisation which is in constant dialogue with the major cities of Europe and North America due to its artists and intellectuals living abroad. Official representations of history are reframed by private pieces of memorabilia: family albums, shrines to memory, memoirs, fashions in dress and popular music take their place alongside traditional art and revolutionary pictures.

Visitors to the exhibition become witnesses of the time in a multimedia archive which provides new evidence for a "biography" of the African continent, which retrospectively outlines the interplay of culture, politics and art in building a new social space by Africans and for Africans. "The Short Century", however, not only shows the intellectual side of decolonisation, but also its collective memory. This memory belongs to the people on the street who have created the foundation for independence.

The photo tour of Universes in Universe through the exhibition at the Martin-Gropius-Bau in Berlin follows the thematic complexes. Between these and partly linked to them is "Shift: History, Identity, Authenticity", an overarching theme to which diverse artistic positions are assigned.
Floor plan and themes in Berlin