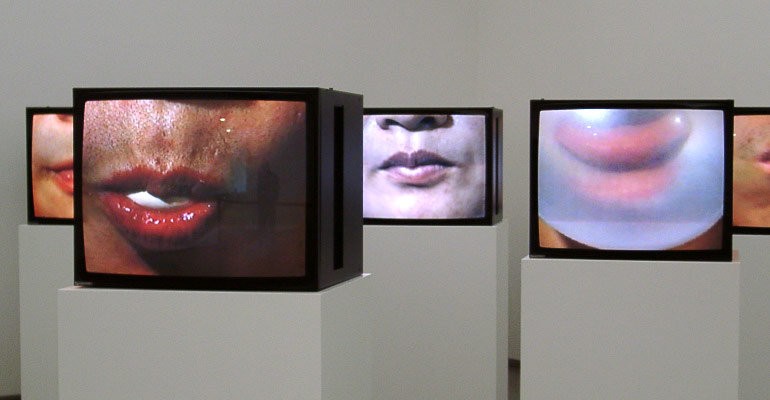 Examples from the exhibition at the Hamburger Bahnhof, Museum für Gegenwart - Berlin.

The exhibition Living in Time (Shenghuo zai Cishi) - 29 Contemporary Artists from China has been organized by the Nationalgalerie im Hamburger Bahnhof, Museum für Gegenwart - Berlin, Staatliche Museen zu Berlin - Preußischer Kulturbesitz, in cooperation with the Ministry of Culture of the People's Republic of China, and China International Exhibition Agency, within the scope of CHINA FEST / Asien-Pazifik-Wochen.

Living in today's China and acting in the adventure of contemporary art is no doubt one of the most exciting experiences that one can have on earth. For the last twent years, especially since the 1990s, China has been the land of radical changes, from economy to society, from culture to individual life. Contemporary art, continuing with the impact of the Avantgarde movement of the 1980s, has become one of the most intensive and challenging parts of such a great mutation. Along with China's active participation in the process of globalisation and opening towards a free market economy, urbanisation and new technologies are becoming the new foundations of China's culture today. Spectacular urban constructions and the upcoming of the new medias are the strongest forces of the developement of contemporary culture in China - one of the oldest cultures is adapting these fundamentel changes. The turn of the new millennium coincides in China with a major turning point history.

Contemporary artists, living in this time of immense change, are among the most sensitive to such a new context. As individuals with different but insightful visions and imaginations they react actively to such a mutation in form of highly distinct and diverse visual expressions. They, practicing on the most experimental artistic frontier, navigate and negotiate in the tension between (neo)modernity and tradition, between urban reality and nature, between collective enthusiasm and individual freedom, between history and memory, between new media and established languages, and, finally, between the global and local. Their art works are not only innovative products of such exciting experiences. They are also open processes which invite the public to share with them the experiences in this historically significant moment.

On the occasion of the Berlin CHINA FEST, we'd like to present some meaningful aspects of contemporary art activities in China through the manifests of 29 different individual artists. The selection shall show their differencies in the artistic expression as well as in their visions. The exhibition will show paintings and installations as well as photographs and videos. Although the used media and the artistic positions reflected are very different, a certain general picture of contemporary art in China can be perceived. Their contributions to the "global" art scene, which is undergoing a fundamental geographic and ideological change, are indispensably significant. This is a project which is open to the dialogue with the "local" audience of Berlin, and thereby, the "global" art world.

The exhibtion shows artists who experience the changes in their society and who bring these topics into their artwork.

The show is accompanied by a Catalog in Chinese and German languages. 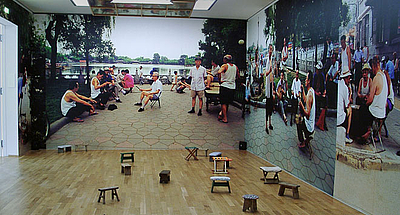 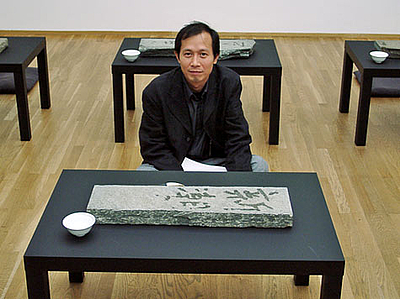 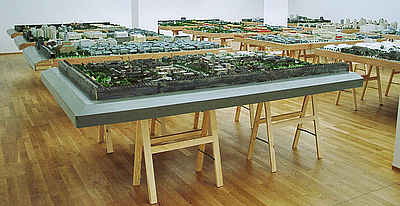